Trustly merged with PayWithMyBank in 2019, forming one of the biggest Online Banking Payment networks in the world. They operate what is known as an ‘account-to-account’ platform, meaning that payments are faster and more secure than most other methods. Unlike some other payment methods, where you need to add funds into them, Trustly works by paying money straight out of your main account.

The payment method has become popular for online gambling due to enhanced security that means you can deposit from your bank without adding your banking details directly to a site.  If you bet with several sites this means there is far less chance of your details being hacked or stolen.

Trustly is a payment method of the modern age and as you can see from the brands listed in the table below it is the newer online-only bookies that have embraced it. Vbet stand out as the best Trustly betting site thanks to having the lowest deposit and withdrawal limits, at just £1 up to £10,000 per transaction, fee free.

Withdrawals are usually instant once the payment has been processed, Vbet may take up to 2 days to process the withdrawal but in most cases the transfer is instant or within a matter of hours. Deposits are all instant. 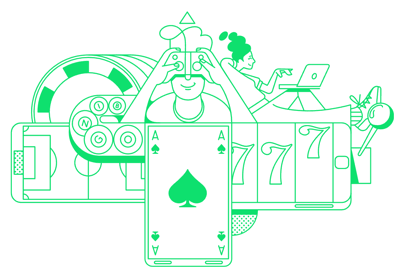 Trustly has become a more and more popular method of funding betting accounts. Indeed, there are a number of sites out there that will actually offer you a bonus if you decide to deposit money into your account using Trustly, making it more than worth your while to consider it. The fact that it is a well-established company in Europe means that it is one that many European bettors turn to as a method of getting money into their accounts and withdrawing winnings into from their betting sites of choice.

One of the key benefits of using Trustly for your betting is that transactions carried out with the banking method are free of any additional fees. You can also move funds into betting accounts without having to register your actual bank account information, which is a really important thing for some people. With more than 200 banks in over 20 countries around Europe working with Trustly, you will be able to move money between your bank and your betting account with your currency of choice. The system is fairly flawless and smooth, too.

How To Use Trustly

Using Trustly as a method of moving money into your betting account is simply enough, requiring users to select it as their transfer method when they set up their banking with their betting site of choice. Once you’ve done that, you login with the credentials that you have for your bank and you’ll be asked to verify the transaction. Trustly will ask you which bank you want to use to make the payment, at which point you’ll be asked to confirm it’s you either within the site or thanks to an external app or website.

In recent months, Trustly has added a Direct Debit method for making payments, meaning that it is quicker and more secure than ever to get money into your betting sites of choice. What you’re being offered when you choose to use Trustly is a fast, secure payment method that will see winnings withdrawn to your bank instantly. This obviously limits the possibility of falling foul of fraud. The most important thing about Trustly is that you don’t need to install any software or anything of that ilk in order to use it as and when you wish to. 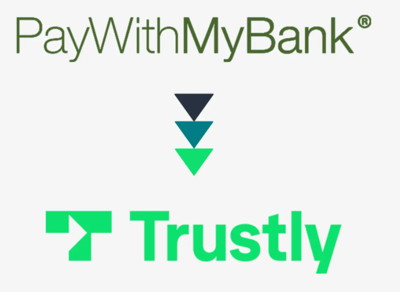 A Swedish financial technology company called Glue Finance was founded in Stockholm in 2008. Within a year the company had signed contracts with its first online retailers, with an initial investment round being opened in 2009. At this point, a second generation technical platform was launched and a year later the company expanded in every sense. Its first office outside of Sweden was opened in Malta, with the second generation platform being launched in 2011, at which point 25% of the company was bought by the Alfvén & Didrikson investment group.

A strategic partnership with both PayPal and Groupon was confirmed in 2014, while the risk capital firm Bridgepoint Capital invested €23 million in the wake of the firm achieving ten million transactions. The company began to work with online casinos from 2016, aided and abetted by the launch of Pay N Play. This meant that payments could be easier and quicker than ever before. Further confidence was shown in the company in 2018 when the Nordic Capital equity fund bought a majority stake in it, leading to a valuation of €700 million.

Perhaps the biggest change for Trustly came about in 2019. This was the point at which it merged with the Silicon Valley-based PayWithMyBank, enabling merchants that have a global footprint to accept payments from consumers both in the United States of America and Europe. A new round of investments in the company in 2010 resulted in the company’s value reaching close to €2 billion. A year later and having launched in Canada and Australia, it intended to list on the Nasdaq with a valuation of almost €9 billion.

The Swedish Financial Supervisory Authority licenses Trustly, with the company holding a European Payment Services Provider licence. That means that it meets the  Payment Services Directive (PSD, 2007/64/EC). The two-factor authentication nature of Trustly means that it is about as secure as online banking is possible to be. Open Banking as a service is one that allows financial service providers access to your banking and financial data and it is regulated through the Payment Services Regulations of 2017.

Trustly being authorised by the Finansinspektionen means that it is much safer and more reliable than other banking methods. That it is owned by Nordic Capitaland has a TÜV certification for data protection in Germany makes it that little bit more trustworthy and secure. Trustly uses some of the most secure encryption available, so in terms of your security there really is nothing to worry about when using Trustly’s services. Everything carries a degree of risk, of course, but Trustly is probably as safe as you can get.

Whilst there is no hard and fast rule when it comes to fees and banking methods, the important thing to note is that Trustly won’t charge you any sort of fee for using its service. That doesn’t mean that a betting site won’t charge you a fee for using Trustly, but it is certainly the case that not all of them will and there is plenty of choice out there for those of you that wish to avoid paying a fee.

Deposits and withdrawals are free to make with Trustly, plus they’re super fast and, as we’ve already outlined, über secure, meaning that it is a decent payment method to choose.