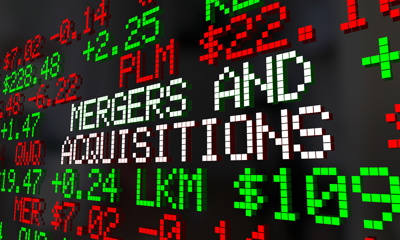 To a bettor, it can seem as though there are more options for who to turn to to place your wagers than ever before, with new sites from small and big companies springing up every 5 minutes.  There are even now 'out-of-the-box' sports platform providers that will let almost anyone one with a few quid set up a new brand in a matter of weeks.

Yet at the same time there’s also a sense that the bigger companies are buying each other out on a regular basis, to say nothing of them hoovering up the smaller companies that seem to do well in the short-term.

That obviously leads to questions about why it is that that’s happening. Is it simply a case of the betting world acting like any other major business, with the big boys leading the road and snaffling up any new ventures that seem to have good ideas? Or is it more to do with those smaller companies finding unique ways to attract customers and the big bookmakers wanting to get a piece of that action?

Compared to many markets competition in the betting industry is extremely healthy and this has only been helped by the progressive switch to online gambling, where costs and access restrictions are lower.  Still many said the same of other industries in the early days and there is already a clear division appearing between the colossal betting companies and the rest.  If this divide continues to widen we could see a homogenising effect, that ultimately could lead to worse value for the customer in the long term.

Mergers of big betting companies have been happening ever since the government decided to allow bookmakers to open shops on the high street in 1961, but it’s certainly true that the penchant for major mergers has been a relatively recent phenomenon, driven in part by the much higher revenues now seen through remote gambling.

Paddy Power and Betfair existed quite happily alongside each other in the wake of the latter company’s formation in 2000, for example, yet in 2016 it was confirmed that they would merge to become a new parent company known as Paddy Power Betfair. What was it that changed in the intervening 16 years to mean that they felt they needed to combine forces?

No change to the world of betting has influenced proceedings quite as much as the explosion of online betting. The betting industry has been growing relatively happily year-on-year, with a report in 2014 suggesting that profits had climbed from around £5.6 billion 4 years earlier to in excess of £7 billion by then.

The growth, though, came at a time when high street betting shops were struggling and online outfits saw their income sawing. It made perfect sense for Paddy Power to protect their brand name by connecting it to one that had literally revolutionised the way that online betting was done thanks to Betfair’s Exchange system.

Likewise there had been attempts by Coral and Ladbrokes to merge as long ago as 1998, but that deal fell through when it was the subject of a Monopolies and Mergers Commission investigation. Fast forward to 2015 and suddenly that doesn’t seem to be such a major issue, with the two companies merging to created the country’s biggest bookmaker.  Over this time other brands had also been incorporated too, such as Gala bingo into Coral and the BetDaq exchange into Ladbrokes, meaning the new company literally has its fingers in all the pies.

As part of the deal, however, the Competitions and Markets Authority found areas in the country where shops needed to be sold in order to keep things competitive on the high street.

The final example of a big merger to point to as proof of it being a relatively modern phenomenon comes in the form of GVC’s decision to buy Ladbrokes Coral in 2018. The ink on the merger of Ladbrokes and Coral had barely dried when Entain PLC (the new name for GVC Holdings) came in to buy the newly formed company, adding to a portfolio that already contained the likes of Foxy Bingo and PartyCasino. Worth an initial £3.2 billion but set to rise to £4 billion, it gave Entain a place on the high street to work alongside its burgeoning online presence.

The next question, of course, is why companies that had survived so well on the high street would feel the need to try to improve their online activity and the answer comes in the form of the government’s decision to limit the maximum stake on Fixed Odds Betting Terminals to £2.

High street bookmakers had almost become dependent on the machines once labelled the ‘crack cocaine of gambling’, so the limited stake saw them come under pressure to find other ways to protect themselves financially. Merging with bookies that were successful online allowed them to do that.

William Hill, one of the most dependent on FOBT's for example, has recently looked at acquiring Mr Green to increase its online gaming profile in the face of reduced returns from real-world gaming.

The explosion of online betting has been both a blessing and a curse for the betting industry. On the one hand companies have been able to make more and more money by moving into an online market with inherently low costs and high revenue, yet on the other hand it has also led to a rise in competitions, especially from so called ‘white label’ companies.

Simply put, a white label solution is essentially a ‘ready made’ gambling website, sometimes involving just a casino and others also having a sportsbook, that a company can buy or hire and add their own branding to. It allows anyone who can afford to to launch their own gambling website and take customers on as they see fit.

What then started to happen is that these smaller companies would sometimes do well enough to garner the attention of the bigger bookmakers, who would keep an eye on their development and then buy them out if it was felt that it would be useful to add them to their portfolio of clients.

The constant and progressive rise of gambling revenues has also encouraged many investment groups to get in on the act.  In 2015 CVC Capital Partners decided to buy Sky Bet, for example. Not that Sky Bet were an unheard enterprise of course, being linked to Sky Sports and constantly advertised on the channel. Nevertheless, it’s a good example of an online merger from an investment company looking to cash in on the highly profitable market.

Online mergers and acquisitions can also come about because of political motivation. The United Kingdom’s decision to leave the European Union may well affect the gambling industry in countless different ways, not least of all because of access to customers within the EU that they can currently target freely.

William Hill decided to get ahead of the game on that front with the 2018 purchase of Mr Green. Founded in Stockholm and regulated by the Malta Gaming Authority, Mr Green will give William Hill easy access to the EU regardless of any laws and rules changes that come about in the wake of Brexit.

What Mergers Means For The Punter 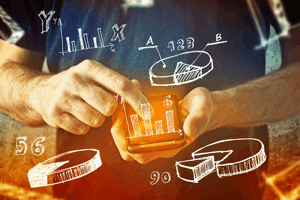 In essence, the explosion of the online betting industry can only be seen as a good thing for bettors. There is now so much choice available that those wishing to place a wager can be picky when it comes to the companies that they turn to do so with.

It has also led to those companies offering more and more good deals in order to attract and maintain their customer base. Now punters can play online bookies and casinos off against one another and use the best bookmaker for the particular bet that they’re looking to place.

The flip side of that, of course, is that not all of these new bookmakers are necessarily entirely dependable. It’s why sensible bettors will always ensure that the company that they’re using has a UK Gambling Commission license and is allowed to operate on these shores.

Even then, though, there’s no guarantee that there won’t be problems further down the line, with some companies behaving in a disreputable manner from time to time in order to avoid paying out if they feel that can avoid doing so.  Many new companies, especially white labels, are also prone to failure, and while you deposit is protected with UK licensed sites, it is still a hassle to have to change your betting site. 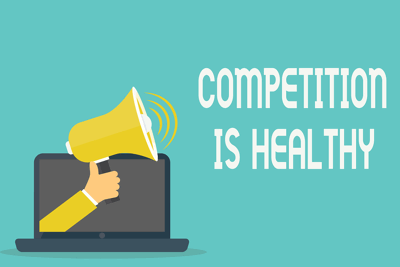 The final question worth asking on this topic is whether or not competition within the betting industry is still healthy. It’s a tricky one to answer, in all honesty. On the one hand it’s clear that the bigger companies such as William Hill, Ladbrokes Coral and Paddy Power Betfair have a tight grip on the market in a traditional sense. On the other hand, online-only ventures such as 888 and Entain are continually growing their influence in a sphere that the Gambling Commission believes is a hugely important part of the future of the industry.

There will always be new blood coming into the online betting and gaming industry, but like any market as it ages in a capitalist world there tends to be some consolidation and contraction.  Therefore in the short term at least expect the biggest betting operators to get bigger and bigger, but expect more and more niche players filling parts of the market that the bigger boys cannot or will not compete.  After all not every coffee shop in the world is a Star Bucks and in recent years you've seen people actively seeking out non-corporate, more bijoux and bespoke experiences in all walks of like. Gambling will be no different.

One thing that will be interesting to note in the coming years is the extent to which the Supreme Court’s decision in America to remove the federal ban on sports betting will see the UK’s biggest companies turn their attention to the other side of the pond.

Given the sheer size of the American market, success there is likely to mean that companies can pass those profits onto the UK consumer and the need for companies to buy up smaller bookmakers may lessen as a result. As an example, it’s estimated that around 97% of the $4.76 billion wagered on the Super Bowl in 2018 was done so illegally, meaning that companies could make a killing if they can tap into the newly opening market.