Can You Complain Directly To The UKGC? 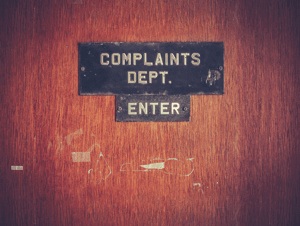 Often referred to simply as the UKGC, the United Kingdom Gambling Commission is the governing body for the world of betting and gambling in Britain. What might be confusing to many, though, is the fact that the organisation isn’t responsible for dealing with individual complaints that people might have about a bookmaker or betting company. Instead, it is tasked with dealing with the licensing of companies and the associated responsibilities that come with said licences. In other words, if you feel like a bookie didn’t pay you out when they should have, you don’t turn to the UKGC, but you do if they broke the conditions of their licence.

The good news is that there are other bodies that have the job of dealing with complaints about bookmakers or other betting sites that you feel have wronged you. The Independent Betting Adjudication Service will look to deal with issues you might have with a bookie not paying you out properly on a bet, for example, whilst the Advertising Standards Authority will investigate any times when a business has made false promises in adverts. The Gambling Commission has numerous responsibilities, but dealing with direct complaints from customers about a bookmaker, online casino and so on isn’t one of them.

The first job of the Gambling Commission is to issue licences to individuals or businesses that wish to sell gambling services to UK-based audiences. That can range from a high street arcade through to a bingo hall, via a lottery organiser or a casino. If a company wants to allow people to gamble in any way, shape or form then they need to get a licence from the UKGC in order to do so legally. The UKGC’s involvement doesn’t stop there, however. Once the licence has been issued, the Gambling Commission also monitors the company or person to ensure that they’re sticking to the rules of the licence.

These rules are outlined according to the UKGC’s Conditions and Codes of Practice. Businesses are required to follow these rules and those that don’t will fall foul of the Gambling Commission, suffering the consequences. These can range from being issued with a fine through to having their licence suspended or even revoked, so it is important that those with a gambling licence follow the Codes of Practice. In essence, the UKGC is there as something of a gatekeeper for the gambling industry and is responsible for making betting as safe and fair as possible.

What Is Your Complaint About? 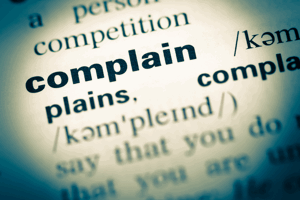 If you want to make a complaint that has something to do with gambling, even if it is tangentially linked, then you have options open to you. The key thing to ask yourself is what it is that you’re complaining about, at which point you’ll be able to find the correct body to get in touch with. As we’ve mentioned, if your complaint is about a company failing to meet the standards of its gambling licence then you can absolutely get in touch with the UKGC to launch your complaint and they will explain why you need to do and how it will be dealt with.

If, on the other hand, you’re complaining about a gambling company and the way in which it has treated you, the first thing that you’ll need to do is to get in touch with the company directly. Though the Independent Betting Adjudication Service is there to deal with complaints about betting companies, they will only speak to you once you have exhausted your options with the company that you’re complaining about. If you have tried to resolve it with them and failed, you’ll then be able to get in touch with IBAS who will look to help you.

IBAS is an Alternative Dispute Resolution Service and is approved by the Gambling Commission, with the intention being that it is able to offer you informed and impartial decisions when you have a dispute with a licensee. It is a free service and operators are bound by IBAS’s decision up to a value of £10,000. Customers, meanwhile, are free to seek alternative resolution if they don’t feel as though IBAS has acted fairly, meaning that it is something of a win-win for punters who turn to IBAS and seek resolution. 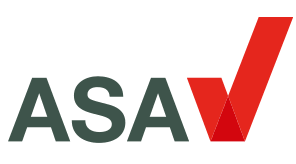 Sometimes your complaint will be about an advert, rather than something that the company has done that you feel has wronged you. Adverts for gambling are not allowed to suggest that betting with solve your financial woes, for example, nor improve your personal problems. Sexual success cannot be suggested for people that gamble and it is also not allowed for companies to suggest that placing a bet is something of a rite of passage. If you believe that a betting company has violated one of these things, the best thing to do is to get in touch with the Advertising Standards Authority.

There are other things that that ASA will deal with, so don’t think of that list as being exhaustive. More it is illustrative of the sorts of things that come under the ASA’s jurisdiction thanks to the Gambling Act, with the main rule of thumb being that if an advert suggests that something good will happen if you gamble then it has broken the rules. Again, the ASA is well-placed to deal with such complaints and the fact that the rules are set out by the Gambling Act means that it has the weight of the government behind it.

What About Complaints About The Gambling Commission? 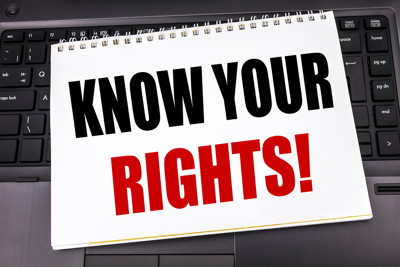 The likes of concerns about a company carrying out money laundering would be expressed to the UKGC, as would unlicensed gambling or criminal activity. These are done separately to actual complaints about the way in which the Gambling Commission itself has behaved about something, however. Whether it be the standard of service you received being below what you’d expect, a lack of action taken by the UKGC over something or the behaviour of Gambling Commission staff, your complaint should be taken seriously when you make it.