Average Goals Per Game In The Premier League 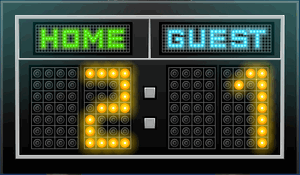 In football betting, one of the bets that is always tempting to look at is the Over/Under market when it comes to goals. We all remember the goals that were scored in a match, putting them front and centre in our thought processing when it comes to how many goals a game is likely to contain. As a result, we’ll often forget those boring 0-0 scorelines, imaging instead that games are goalfests and betting accordingly.

What is the truth of the matter? How many goals are scored in league seasons and what is the average number of goals that you can expect to see in a match? There’s no point betting on Over 3.5 Goals in a game if the average is less than two, for example, but it’s equally silly to place a bet on Under 1 Goal if the likelihood is that most matches see two or more scored in them. That’s what we’ll look at in more detail here.

The first question you might ask is why the average number of goals that are scored in a game matters to bettors. The answer comes in the form of the number of bets that might well be influenced by the information, if not outright decided by it. The obvious one of the Total Goals bets that you can place, with the Over/Under market also being an important one in terms of knowing how many goals you can expect to see in a match.

There’s also the likes of Both Teams To Score, which can’t be directly gleaned from knowing the average number of goals in a game but will at least give you some idea of what to expect. If there’s four goals in a game, for example, it’s entirely possible that one of the teams has won 4-0, but it’s not all that likely. Instead, a 3-1 or 2-2 scoreline is probably more what we could expect to see during the 90 minutes of play. 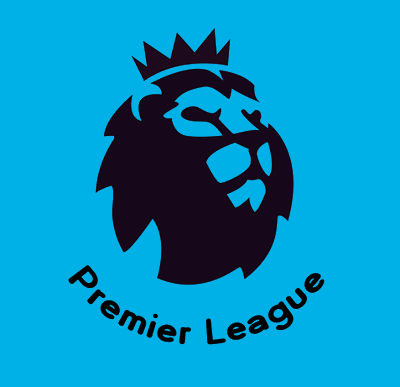 Let’s start by having a look at the Premier League, then. The English top-flight is known for its attacking football, filled with goals and excitement. It’s fair to say that you’re unlikely to see as much if you tune in to watch Burnley versus Everton, but generally speaking the idea is that the Premier League is where football lovers head when the put excitement at the top of their list of requirements for a match.

The best way to figure out how many goals are scored in a game on average is to look at the scorelines from three seasons to see how many times each one occurred. We’ll look at the 2017-2018, 2018-2019 and 2019-2020 campaigns, noting each scoreline and how many times it occurred.

Let’s start by looking at the 2017-2018 season, which was won by Manchester City with 100 points. Pep Guardiola’s team scored 106 goals and conceded 27 on their way to breaking the record points total in the Premier League, with the next closest side being Manchester United with 81 points. As an illustration of City’s dominance, their Manchester rivals scored 68 times and conceded on 28 occasions.

Here’s a look at the scorelines that were notched up that season:

Was 2018-2019 the most exciting Premier League title race ever? It’s a difficult one to call, given how many brilliant campaigns there have been in the English top-flight. One thing we can tell you is that it was the one that offered the smallest room for error, with Manchester City and Liverpool going blow-for-blow in the run-in and notching up 98 and 97 points respectively in the chase for the title.

City pipped the Reds, having scored 95 times to Liverpool’s 89 and conceded 23 goals to the Reds’ 22. Here are the scorelines from the Premier League that season:

Many thought that Liverpool would fall away after coming so close to a title but missing out. Instead, their 4-0 comeback against Barcelona and subsequent Champions League win seemed to give the Merseyside club a taste for victory and it was Manchester City that couldn’t keep pace with them. The Reds secured their first title of the Premier League era and did so with their record points total.

The scorelines from that season were as follows:

Now that we know what scorelines were the most common in the Premier League across those three seasons, let’s have a look at the average number of goals clubs scored and conceded in each of the three seasons:

Back to Manchester City’s 100-point season, then. How much above the league average were Pep Guardiola’s record-breaking team?

Did the battle between Liverpool and Manchester City for Premier League supremacy mean that the average number of goals scored and conceded during the season go up? Or were they two exceptional teams trading blows whilst the rest of the division remained at around the same total as the previous season? Here’s a look:

The season in which Liverpool were the runaway Premier League winners is the only one of the three in which we don’t really need to think about what Manchester City were up to, given the extent to which they under-performed previous campaigns. That being said, it’s interesting to look to see whether we can identify why, exactly, the Citizens fell of a cliff so dramatically.

The league average for goals scored and conceded in the 2019-2020 season was 1.36, with Manchester City actually over-performing on both fronts. It was in the goals conceded where they missed out to Liverpool, conceding more than the Reds in a manner that ultimately cost them dearly.

The final thing that we’ll take a look at is the Over/Under statistics for each team across the three seasons in question. Knowing which teams are most likely to score goals and concede them and in what number will give you some sense of where to go on the Over/Under market, depending on which teams are playing. Some of the information might surprise you…

Manchester City’s dominance of the Premier League in 2017-2018 can be demonstrated by the fact that they were one of just a few teams that had games featuring more than 6.5 goals. Here’s a look at the totals of each team:

The season in which Manchester City and Liverpool battled for supremacy was one for the ages, but how do the Over / Unders compare to the other seasons? Here’s a look:

Perhaps the most interesting thing in the season is that neither Tottenham Hotspur nor Arsenal were involved in a 0-0 draw during the campaign. Perhaps the fact that 5% of Manchester City’s games involved more than 6.5 goals is why they were able to pip Liverpool to the title, who only had 3% of their games that ticked that category.

The Blue half of Manchester didn’t endure a single 0-0 during the campaign, which was a feat matched by Chelsea and Southampton. Here’s a look at what percentage of matches in the season finished with each Over / Under box ticked:

The most noteworthy thing of the 2019-2020 campaign is the fact that Chelsea matched Liverpool and Manchester City in having two matches that saw more than 6.5 goals scored. There were plenty of teams that didn’t even take part in matches with more than 5.5 goals, which is why it’s so interesting.