How Often Does A Football Match End In A Draw? 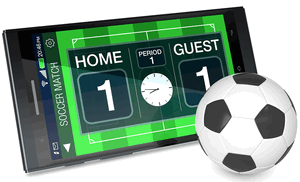 When most people think of football, they think of the excitement of a high-scoring game. Supporters remember times when they’ve celebrated their team winning an important match or lifting a trophy, dreaming of the ball hitting the back of the net or their goalkeeper making a brilliant, acrobatic save. It is a sport that is filled with thrills and entertainment, whether that be in each individual match or else in competitions as a whole.

What fewer people will think about when considering football matches is the ones that end in a draw. Oftentimes draws are boring and unexciting, eliciting statements such as ‘an hour and a half of my life I’ll never get back’. It’s little wonder, then, that football lovers aren’t all that keen to spend their time thinking about draws. Yet given that can influence our betting, it’s worth think about how often the actually happen.

Looking At The Previous Ten Seasons

The best thing to do when wanting to get a sense of how many draws there are in football is to have a look at a number of different seasons and a variety of countries to see how often matches ended in a stalemate.

Just looking at one or two campaigns will give us some idea, but that runs the risk of giving us false information because it doesn’t take in wider trends. For that reason, we’re going to look at ten different seasons gone by.

Let’s start by looking at one of the most popular competitions in world football, the Premier League. England’s top-flight division is known for its exciting, attacking football, but for every Jürgen Klopp or Pep Guardiola that has managed in it there is a Sam Allardyce or an Ole Gunner Solksjaer. Some managers are just as likely to be boring in their approach and be desperate for a shut-out as others are to be keen on getting on the score sheet.

Here’s a look at 10 years’ worth of data on the Premier League, starting in 2010 and ending in the 2019-2020 campaign. It’s worth remembering that the latter third of the 2019-2020 season was interrupted by the Covid-19 pandemic, with matches taking place behind-closed-doors and with breaks in either half in order to allow players to take drink safely without the risk of cross-contamination of water bottles.

Across 3,800 games over ten years of Premier League football, then, there were 936 draws. That is around 24.63% of all matches over a ten year period ending in a draw, or roughly one in four games. That gives you some indication of how the self-proclaimed ‘greatest league in the world’ isn’t actually all that exciting, with matches ending in a stalemate far more often than some might assume.

Whilst the Premier League might sell itself as the most exciting league in the world, those that watch Championship football on a regular basis would suggest that that simply isn’t true. The nature of the beast in England’s second-tier is such that matches are often filled with goals and games seem to be thrilling. That being said, does the perception live up to the statistical reality when we look at a ten year period?

Whilst the Championship might well have a reputation of being a thrilling and exciting league, the reality is that there are far more draws each season as a percentage of total games played. Over a ten year period, in which 4,600 games were played, 1,517 of them ended up in the spoils being shared. That amounts to 32.97% of all games, or roughly a third of all matches that finished in a draw - so more than the Premier League.

German football is known for being mechanical and precise in its approach to games, with managers that take control of teams in the Bundesliga hardly known for their attacking prowess. The assumption might well be that the top division in Germany sees more draws than the Premier League, but it is assumptions that often lead us down incorrect paths when it comes to our betting decisions. The table above looks at the German top-flight over ten years.

735 draws across 3,400 games might not seem like a huge number, but you do have to remember that German teams play fewer games across a season than their English counterparts on account of the fact that the Bundesliga has 18 teams compared to the 20 in the Premier League. That’s why the percentage of games is helpful, with 21.61% of matches ending in a draw, or roughly one in five.

If there’s one thing that Spanish football is thought to be then it is exciting. Teams like Barcelona and Real Madrid arguably give the rest of Europe a false impression of what to expect when it comes to teams from Spain, with those lower down the division far more likely to try to dog out a game than look to fill it with attacking play. With that in mind, how does Spain compare to the other nations when it comes to draws?

Over ten years of Spanish football, there were 916 draws in 3,800 matches. That works out as 24.10% of all matches that ended with the points being shared, making it not dissimilar to the Premier League’s total of 24.63%. Admittedly, the two most recent seasons skew the results slightly, with the eight seasons before then amounting to 23.05%, but it’s not a massive change.

Whilst Spanish football is known for being full of excitement and attacking intend, football in Italy is known for the exact opposite. Italian teams are thought of as being defensive and organised, with stopping the opposition from scoring being high on the agenda of sides in Italy. You would think, therefore, that Serie A would boast the highest draw percentage of all of the top European leagues, but is that the case?

It’s fair to say that the Italian league is the one with the wildest variants from one season to the next, as demonstrated by the 120 draws in 2014-2015 compared to the 80 draws two years later. Over the ten years, there were 965 draws, which amounts to 25.39% of matches. It’s more than in other divisions, but perhaps not quite as many as you might expect given the reputation of Italian football.

All told, about a quarter of matches end in a draw across all of Europe’s top leagues, as well as the Championship. In total, there were 5,069 draws from 19,400 games over a period of ten years. That works out as 26.12% of matches from five leagues that ended in a draw. Put another way, a little over a quarter of games will end in a draw, with only minor variations from one division and even country to the next.

The table above shows what that looks like when you put them all next to each other.

If you assumed that less talented teams were more likely to play for a draw then the fact that the 32.97% of draws in the Championship stands out like a sore thumb in that table will confirm your initial thoughts.