Most Common Goal Methods In The Premier League 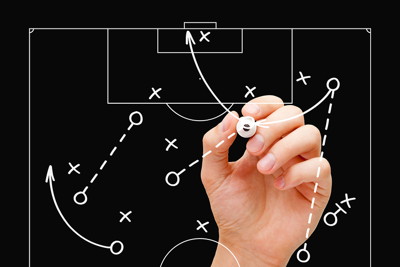 When it comes to placing bets on football matches, there are all sorts of wagers that punters can place. One such bet type is the goal method, which asks the bettor how they think a goal in a game will be scored. Given there were 1,026 goals scored in the Premier League during the 2020-2021 campaign, it’s fair to say that it would be tricky to look back through every single type of goal and identify which method it adhered to.

That being said, there are really only really a few different ways in which goals can be scored in football. They can be a goal from open play, one from a free-kick, a goal scored from a penalty, a header or a goal from a corner. Of course, the fact that these different methods of goal-scoring allow for some overlap, such a goal from a corner being a header, tends to make things even more complicated.

Looking At The Premier League

In order to get a better sense of how regularly each type of goal is scored, it’s worth having a look at the Premier League. To start with, we’ll look at the English top-flight from the 2015-2016 season before moving forward to the 2020-2021 campaign. This will not only help us to realise how often certain goal types are scored but also if there has been any big change in the method of goals over the years.

The 2015-2016 Premier League season will go down in history, thanks in no small part to Leicester City winning the title in shock circumstances. Rated as 5,000/1 outsiders for the trophy, the Foxes were an unstoppable force under Claudio Ranieri, with an attack built around the speed and counter-attacking prowess of Jamie Vardy. Here are the goal stats from that season:

It’s interesting to note that the majority of goals came ‘from open play’. It’s also noteworthy that some clubs that you might not expect to have scored large numbers of headers, such as Arsenal and Manchester City, actually scored a relatively large number of them. Newcastle United, Norwich City and Aston Villa were the teams that were relegated at the end of the season, which you might not guess from some of the goal information.

It’s interesting, for example, that West Bromwich Albion were able to avoid relegation, despite only scoring eight open play goals across the campaign. Similarly, Newcastle United’s total goals tally of 43 was more than West Brom’s, as well as Swansea City, Stoke City and Crystal Palace, as well as being equal to Bournemouth’s tally, yet none of them went down and the Magpies did.

The 2020-2021 Premier League campaign had no such story of the underdog conquering all-comers to win the title. Instead, Pep Guardiola’s side, which was more expensively assembled than any other team in the division, won the title in somewhat predictable fashion. The relegation battle was also decided relatively easily, with only the race for the top four going to the final day. Here’s how the goals were scored:

The interesting thing to note from the 2020-2021 season is that the number of goals scored from a free-kick seemingly dropped off. This might have something to do with the manner in which the Premier League considered goals to be scored from a free-kick. Certainly a drop from 78 to 15 is suggestive of a decision that only goals scored directly by the taker should be included in the statistics.

This obviously differs from any goal scored from a free-kick, such as a ball put into the box before being headed in, being classed as a free-kick goal. How the Premier League chooses to classify goals is entirely the own prerogative, but the data between when the information was collected for the 2015-2016 season and the 2020-2021 campaign seems to have changed.

This is reflected in the fact that a look at the goal data for 2015-2016 now shows that the Premier League only considers 24 goals to have been scored in such a manner in that campaign. Here’s how the information breaks down now:

What that shows is that statistics can be twisted to suit an agenda, which is always worth bearing in mind when considering betting techniques. Yes, a certain club might have scored a given number of headed goals, but how many of them were from a free-kick, how many a corner and how many simply from a cross into the box by a winger? That’s the sort of information that it’s really important to have before logging into your bookie of choice.

How Things Have Changed

Now that we’ve got the information across two different Premier League campaigns that are five years apart, we can begin to explore the manner in which goalscoring methods have changed over the years. In order to make things simpler, we’ll use the free-kick goal information from the Premier League’s website now, as opposed to the information garnered back in 2015-2016. Here’s how things differ:

It’s certainly interesting to see that goals from open play have increased over the course of five years, whilst those from corners have decreased. Penalty goals have also gone up, though this isn’t the same thing as the number of penalties having increased. It’s possible that more goals were awarded during the 2015-2016 season, for example, but that they were missed by the team that was awarded them. 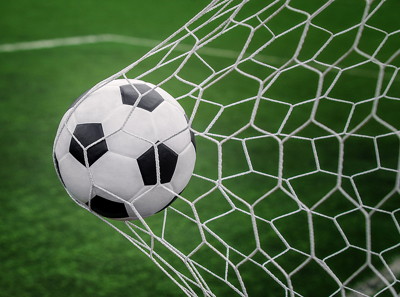 In terms of why such information matters, we need only consider the various different markets available to punters when betting on football matches. In addition to being able to bet on the method of goal, we can also bet on the likes of a penalty being scored in a match. If we know that more penalties are being scored than in the past, we can consider placing a wager on such a market.

There’s also information to be found in the ‘Total Goals Scored’ column, which gives us an indication of whether games tend to contain more goals than they did in the past. This can help us when placing bets on the Over / Under market, which can combine nicely with the method of goal bet that we’ve already mentioned. In short, there’s not a lot that we can’t learn from looking at the information about where goals come from.

One aspect of things that we haven’t considered is own goals being scored. It’s important to note that these don’t count towards markets such as First, Last or Anytime Goalscorer. Instead, they are essentially ignored when it comes to such a market, so you don’t need to worry about them in that sense. It’s still an interesting factor to Consider, however, so here’s a look at the number of own goals scored across both seasons:

When clubs were not in the league during the season in question, N/A has been written to indicate such. For the rest of the clubs, you’ll see that many conceded more own goals during the 2020-2021 campaign than during the 2015-2016 season. Whether that is merely an interesting quirk of circumstance or because they league was general more attacking in the latter campaign is unclear. 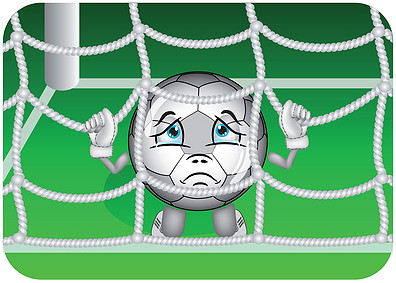 For clubs that played in both seasons, only four managed to not concede an own goal during at least one the campaigns. No club managed to go through both entire seasons without conceding at least one own goal. Unfortunately, it’s difficult to identify who the own goals were score against, so we can’t add the information to out total goals scored tally. It is for this season that the subject was left off our original tables.

Again, the information provided here allows punters to look towards goals scored in matches and make an informed decision about how much stock to put in own goals as a concept. It’s possible to bet on an own goal being scored, but given only 35 were scored in 2015-2016 and 39 went into the back of the net during the 2020-2021 campaign, it does feel a little like a wasted bet if you were to place it.

Of course, as with any information metric, you need to figure out for yourself what to do with it. Certain teams appear to be well-placed to score headed goals, whilst others are awarded penalties on a more regular basis than their competitors. Is this something you need to bear in mind when looking at placing a bet on a match featuring said teams? As always, information is power in the betting world.