How Do Substitutions Affect Bets? 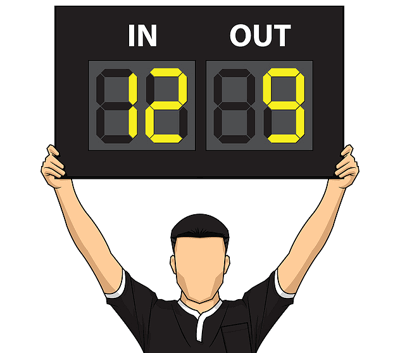 Those that enjoy betting on football know there are a number of things that can affect their bet before a ball has even been kicked. The likes of players picking up injuries in training can radically alter a game’s outcome, for example, whilst a player’s partner giving birth to a child can also have an impact on their performance quality. There are countless different things that we can do nothing about that change the way a bet can work out.

One of those is something that we know will almost certainly happen in a match, but have no idea when, who it will affect and what will happen as a result. That thing is, of course, the substitution. There are some bets that are affected indirectly by a manager’s decision to make a change, such as the final outcome of the match or the final score, whilst others are more directly impacted by changes a manager decides to make.

Why Subs Are Made 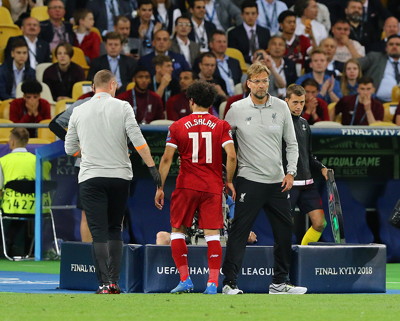 There are many reasons why a manager might make a substitution, with most of them being different to the reason why the ability to do so was originally introduced. Believe it or not, the very notion of substitutes didn’t come about until the 1950s, with the original concept being that players would be able to replace those that had picked up an injury. Indeed, that was the specific reason the Football Associations allowed subs in England.

Football managers were canny types long before the days of José Mourinho and Alex Ferguson, with Don Revie being one of the best of them. He was known for encouraging his Leeds United players to feign injury in order to allow him to make a substitution for tactical reasons. Whilst subs are still used to replace injured or fatigued players, the tactical substitution is arguably even more commonplace in the modern game.

There’s also another reason why managers might call one of their players to head onto the pitch to replace one of the others, which is time-wasting. In the modern game, referees are still given the task of adding stoppage time onto football matches, in spite of the fact that that is one job that could be done by someone else; especially when you think about the fact that the people in the middle are generally awful at time-keeping.

Managers know that the referee will often be awful at keeping time, so they will make a substitution in stoppage time for no other reason than to get the clock to tick down towards the full-time whistle. It will take the player leaving the pitch an age to get off, but the amount of time added on by officials usually doesn’t reflect it in any way, shape or form. No wonder, then, that it’s such a commonly used tactic by managers to waste time.

How Substitutions Affect The Game 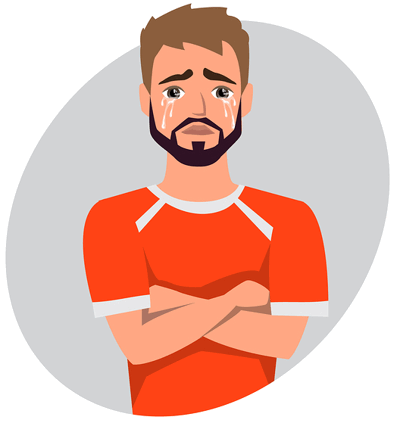 While time-wasting and replacing injured players will always be a reason for a manager to make a substitution, the tactical sub remains one of the most common reason for some to make a change. The reality is that the incoming player can influence a game in numerous ways, either because of their own direct impact or because their presence on the pitch can give another player freedom to play in a different way.

For years, the notion of a ‘super-sub’ has been common in English football. David Fairclough at Liverpool was one of the original ‘super-subs’, seemingly scoring a goal every time he went on the pitch. Subs have been used to affect results in more ways than just being goal-scorers, however, with managers often throwing on a defender towards the end of a game to shore-up an attacking lead and ensure all three points.

When it comes to betting, therefore, it’s always worth looking at whether or not a manager has a habit of over-using their substitutes. Whilst you won’t be able to predict which player they’ll take off or put on, it’s certainly worth bearing in mind if they tend to regularly throw on a defender to protect a lead if you’re looking at In-Play betting or considering how many goals to bet on or a similar market. 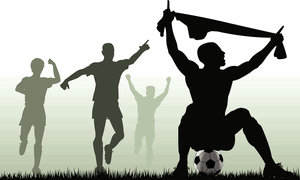 There are a number of bets that can be influenced by substitutes and it’s always worth thinking about them ahead of placing your wagers on a match. Imagine, for example, you’re watching a team that you know features a player that regularly scores late goals. It is actually beneficial for them to start on the bench if you want to have a punt on them being a Last Goalscorer, given they’ll be fresher when they come on.

Similarly Anytime Goalscorer bets as well as Anytime Scorecast wagers can be impacted by substitutions. An Anytime Goalscorer bet, as an example, doesn’t require your player to start in order for your wager to be a winner. Instead, it simply requires them to score a goal at any time during the football match, with the same being true of First and Last Goalscorer bets. The first goal could come in the 90th minute and would still count.

The likes of Correct Score, Result / Both Teams To Score or outright Both Teams To Score bets are all ones that substitutes can have an impact on but that won’t be won or lost by the very act of a player being subbed on or off the pitch. You could bet on 3-3 as your Correct Score and it wouldn’t matter if all six goals were scored by substitute players or ones that scored and then got taken off.

The bets that are most directly impacted by substitutions are those that are based on a player doing something. If you place a bet on an Anytime Goalscorer, for example, and your chosen player is on the subs bench then you will get your stake refunded by the majority of bookmakers if the player never makes it onto the pitch. If, however, they come on for even ten seconds then you will lose the bet if they don’t score.

As always with such things, different bookmakers have different approaches to their rules, making it important to read the terms and conditions of any company that you bet with to understand how they work out such things. First Goalscorer Double Chance bets, meanwhile, need both players to start the match for the bet to be valid. In essence, it’s about the bookies playing fair.  Below are some of the standard terms you can expect with various wagers when subs are made: 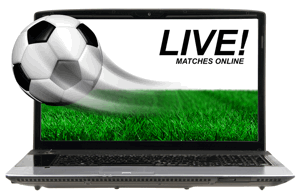 The world of In-Play betting is one of the key ones when it come to the impact made on matches by substitutes. Unlike pre-match bets, betting In-Play allows you to react to the changes that are taking place during matches and roll with the proverbial punches. Let’s say that you’re watching a match in which a team’s prolific goalscorer starts on the bench. The second they are brought on as a sub, you can bet on them scoring a goal.

One of the interesting bets to think about in terms of In-Play betting is the red card market. Oftentimes, bookmakers don’t react as quickly as you might imagine to red card markets when a player has been shown a yellow card. If a manager has used up all of their substitutes then it might be worth placing an In-Play bet on a booked player being sent off, simply because the manager can’t remove them from the firing line.

There are a wealth of bets that can be altered because of a substitution, which makes it important to keep an eye on In-Play markets and react to changes accordingly. It’s not just placing bets that can be affected, of course. Bets that you’ve already placed can be influenced by a sub coming on or a player going off, so having that running knowledge of the game can give you a chance to Cash Out your bet on the fly.

Attacking players are those most likely to influence the outcome of a match when coming on as a sub, largely thanks to the fact that they are fresh and up against a defence that is decidedly not. On top of that, goals tend to be scored more often towards the end of a football match, which is a fact that lends itself to subs sporting; something that In-Play bettors can take advantage of. 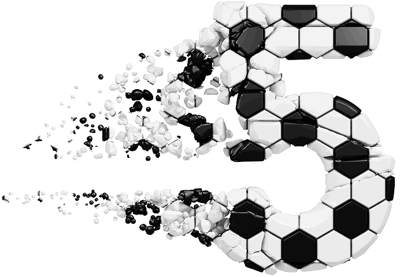 During the Coronavirus pandemic in 2020, a decision was taken to allow teams to make five substitutions during matches instead of the regulation three. Whilst the Premier League decided to abandon this for the 2020-2021 campaign, the other English leagues as well as those in Europe did not. Obviously managers having the ability to make an additional number of substitutes meant an increase in chances of affecting a game’s outcome.

It’s possible that more subs will also equate to more goals, given the fact that teams will be pushing for a win or to try to claw back a deficit as a match nears its conclusion. More fresh legs being brought on will change things in that sense, so it’s worth noting whether or not the match that you’re betting on offers managers the ability to make more changes than normal and whether that will impact the result accordingly.

The other thing to bear in mind when it comes to five substitutes is the fact that it will increase the change of a player winning you an Anytime, First or Last Goalscorer bet. Whilst five subs might not continue past the end of the pandemic, extra subs can be used in extra-time during cup competitions and possibly events such as the World Cup and the European Championship, so it’s still important to think about.

Things To Bear In Mind 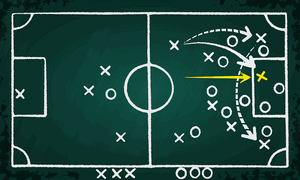 There are numerous things to think about when it comes to substitutes and betting. One of the first ones is thinking about which players tend to be taken off the most commonly. After all, if you’re planning on placing a Last Goalscorer bet then it’s worth bearing in mind that the player that you’re going to bet on might not be on the pitch towards the end of the game. We’re not just talking about specific players, but positions.

Of course, you can do some research into a manager’s substitution habits to see if there’s a specific player that they tend to remove from the action regularly, but it’s also worth thinking about whether you should avoid bets on certain positions. It is a good rule of thumb that managers don’t tend to watch to break up defenses if it can be helped, so defenders tend to last the ninety more than other outfield players.

The same is true of goalkeepers, with many shot-stoppers staying on the pitch throughout a season for most teams. Attackers are also substituted infrequently by many managers, mainly because they’re the players that it is hoped will produce the goods. They are taken off more regularly than defenders, but not as often as midfielders. Midfielders are, of course, something of an everyman role, making them prime for subbing off.

If a manager wants to make his team more attacking, then it would make sense to take off a defensively minded midfielder and put on a more attacking one or even an outright attacking player. Similarly, making a team more defensive can be done by replacing an attacking midfielder with a defensive one or a defender. In other words, betting on midfielders lasting the 90 minutes isn’t always the smartest move.