How Often Do Teams Score From A Free-Kick? 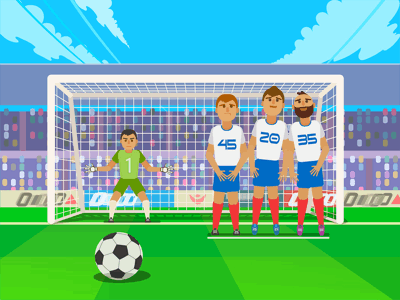 Any football fan or punter invested in the game has been there. Your team is awarded a free-kick just outside the area and a couple of the players are stood over it, weighing up their options. The crowd rises expectantly, believing that this is the chance they've been waiting for to see their team get on the scoresheet. The player runs up and kicks the ball....but what happens next? Whilst supporters might well believe that a free-kick is a decent chance to score, do the facts actually bear that out?

Some players earn a reputation as being a brilliant free-kick taker because they've scored a couple of scorchers over the years even though most of the time they miss (we're looking at you, Cristiano Ronaldo), whilst others seem to be able to hit the back of the net every time they so much as try (hello Lionel Messi). Yet regardless of who it is stood over the ball, we know that we're engaged with the idea of them scoring or creating a goal because we want to believe it can happen.

With the age of online betting to you can now bet on things like method of the next goal, will there be a goal from a free-kick, player to score a free-kick, etc., so understanding the probabilities is an important consideration. Here's a look at the stats on the matter.

What Do We Mean By Scoring From A Free-Kick?

Then can, of course, be something of a debate around what exactly is meant by scoring from a free-kick. For some people this means simply a player kicking the ball into the back of the net from a direct free-kick, given that that's the most obvious thing that we think about when talking about free-kicks and it's the thing that would make a free-kick highlight reel if one were to be made.

Yet the matter is undoubtedly complicated by the fact that free-kicks can also be scored by the ball being put into the box for an attacking player to get on the end of and head or volley into the back of the net. In that manner there's just as much of a chance of an indirect free-kick being scored as a direct one. There are also players and teams that have clever free-kick routines, seeing one player roll the ball slightly for another to hit from a better angle.

So where do you draw the line when thinking about whether or not a goal has been scored from a free-kick? If a free-kick is awarded in the middle of the attacking team's own half and the goalkeeper kicks the ball long only for the attacker to get on the end of it and score, is that the same as a goal resulting from a free-kick given ten yards from the opposing area? These are the sort of things that need to be acknowledged when talking about goals from free-kicks. 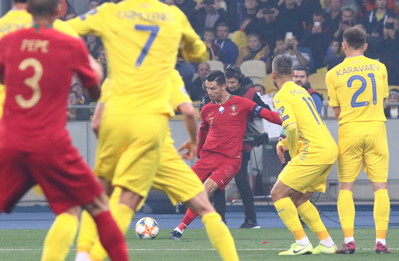 Set-pieces are usually defined as either a corner, an indirect free-kick, a direct free kick or a penalty. For the purpose of this piece we're only going to look at the middle two options, with the chances of scoring from a penalty or corner kick looked at in closer detail elsewhere on the site. In order to talk sensibly about free-kicks it's important to acknowledge that some teams are better placed to score them with a degree of regularity than other sides are.

Typically speaking, there are three main reasons that teams are good at scoring from free-kicks:

Obviously those three things are interlinked to some extent. If a team has a good set-piece taker then they'll be more likely to find a teammate with their ball into the box, especially if they're larger and more dominant. Equally if they're able to spend time on the training pitch working on how to get the best of out of a free-kick from various positions on the pitch then they'll also increase their chance of finding the back of the net.

What Do The Numbers Say?

When it comes to the stats around free-kicks, there are numerous different sources offering differing opinions on the matter. Work by American Soccer Analysis in 2018, for example, looked at 12,728 free-kicks that had been taken in Major League Soccer and found that 272 goals were scored from them. The data in the table above summarises what they found.

In short, the research discovered that teams that want to increase their chance of scoring from a free-kick should have as many shots as possible from as close to goal as possible, therefore foregoing the desire to put crosses into the box.

Does that sort of statistical analysis play out across Europe? Here's a look at some of the top free-kick takers for the 2013-2014 and 2014-2015 seasons, along with their numbers:

It's clear that Miralem Pjanić was a standout free-kick taker for his club, finding the back of the net during that period at a, frankly, freakish rate. It's interesting to see that two of the lowest convertors of free-kicks during that period were Lionel Messi and Cristiano Ronaldo, somewhat disproving our assertion in the introduction to this piece. 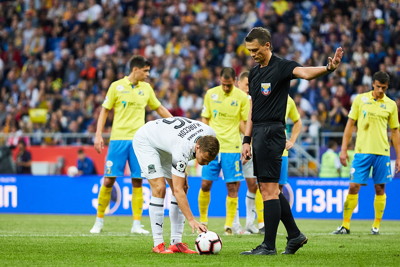 Given the generally low conversion rate of free-kicks for teams, it's somewhat understandable that people might ask whether it's worth considering not having shots from free-kicks and instead moving the ball around or putting a cross in.

However, what you have to bear in mind is that overall shots are not usually taken from the same sort of distance from goal that most free-kicks will be. With that in mind, you need to add in the all important context to the discussion about taking free-kicks over open play shots that is shot placement. An open play shot taken from outside of the box is only likely to end up as a goal around 3% of the time, which is around 70% less likely than a shot from a direct free-kick.

Of course, all of that also ignores the likelihood of a team gaining an advantage another way from a direct free-kick being used as a chance to have a shot. Perhaps the ball will take a ricochet or be parried by the goalkeeper and land at the feet of an attacking player. Maybe it will to a corner or some other manner in which the attacking team is able to maintain possession and keep the pressure on. These are all things that players and analysts will have to consider when making their plans for what to do with free-kicks. 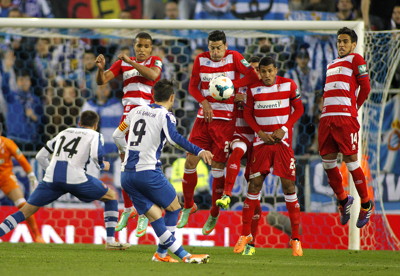 Knowing how often a free-kick is likely to be turned into a goal is one thing, but know what to do to stop it is something else entirely. There are a number of things that defensive organisers will need to consider when their team concedes a free-kick and the opposition is lining up to take it.

The first thing is that the goalkeeper needs to have his wall well positioned. If he gets that wrong then he's giving the opposition striker the chance to use the wall to bend the ball around and wrong-foot the goalkeeper. A goalkeeper who puts his wall in the wrong place and leaves a part of his goal exposed that he can't cover himself is just asking for trouble against a talented free-kick taker.

The second question that the defensive team needs to be asked is whether it plans to jump or not. By jumping the wall will obviously make it more difficult for the attacker to find the target, given the smaller space that they'll have to aim for. If they jump, though, they're exposing a space for a clever free-kick taker to try to hit by playing the ball underneath their feet.

It's a conundrum that isn't easy to answer and is mostly down to the skill of the attacking player, but it's become more and more common for defensive walls to do something unusual such as putting a defensive player behind the wall crouching or lying down to stop an attacker from going under a jumping wall. 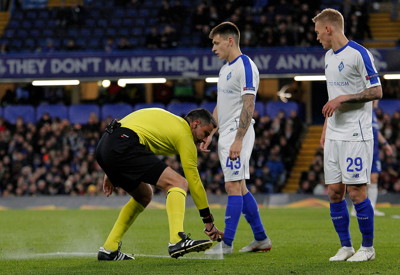 The goalkeeper does have another choice, which is whether to wait or to take a chance with the direction that they jump or move. Waiting will give them a clearer idea of where the ball is heading, but it will also give them a shorter reaction time if the attacker doesn't hit the ball straight at them. Defensive walls should cover 75% of the goal, with the 'keeper asked to pick up the rest of it. If a player scores because of a brilliant struck shot that's one thing, but if it's because the goalkeeper jumped too early that's something else entirely.

Of course, the best thing to do is not to concede a free-kick in the first place. If a defensive team is better at avoiding conceding free-kicks then they're less likely to be in a position where they'll concede a goal. Yet ultimately there is either no choice but to concede a free-kick or else the attacking team is so skillful and clever that it's not up to the defenders anyway.

The final thing of note is that research carried out in 2018 suggests that free-kicks are a more important way of scoring a goal for less skillful teams than more able ones. Or, to be more accurate, a specialist set-piece taker is more important to lesser teams than better ones.

In short, there's around a 4% chance of your team scoring from a free-kick on average, which will be worth more to a bottom-placed team than a top one. The chance of scoring is increased if you shoot directly at goal, but only particularly brilliant free-kick takers will increase your goal chance beyond the average.

If your side wins a direct free-kick then they would be better placed going for goal than trying to do something clever. The defensive side need their wall and 'keeper to be up to scratch to avoid conceding a goal.