Is Gambling A Luxury Or A Liberty? 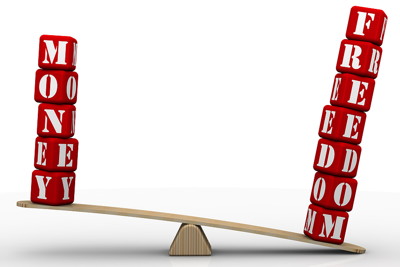 It’s also interesting to note how even some of the most relaxed countries when it comes to gambling, such as the United Kingdom, still don’t give people a completely free reign to lose hundreds of thousands of pounds. There are restrictions in place on things such as using credit cards to place bets or carrying on betting when it’s clear that someone has an unhealthy relationship with it is an activity.

It is also strange that in many places where gambling is illegal that it is still possible to trade on stocks and currency markets.  This is in effect a form of risk taking with money in the same way that gambling is and it shows there is a fine line between what we class gambling.

Is Being Able To Gamble A Liberty? 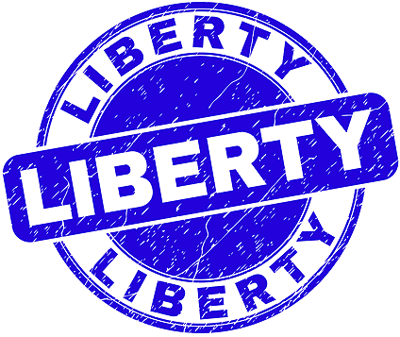 There are, in many ways, two different types of people when it comes to political approaches: those that believe in complete freedom for the individual and those that think the state should take some sort of control on what people can and can’t do. The former would argue that if someone wants to do something such as gamble away their money then they should be allowed to, whilst the latter will say that the state should help those that can’t help themselves.

The most obviously question, therefore, becomes about whether being able to gamble is a liberty that people should have access to. Betting in one form or another has taken place virtually since the dawn of time. It’s not impossible to imagine cave men indicating to one another that whoever could throw a rock the furthest would get to keep the prey that they had killed. Even without such wild presumptions, we know that people take risks every day of their lives, effectively betting on one outcome over another, it is animal nature to assess risk and decide on an outcome.  Gambling is really just taking similar risks but for money.

The indication, therefore, is that it’s a human instinct to want to gamble. How many of us have been approaching a set of traffic lights that begin to turn from green to red but ‘gamble’ that we’ll be able to make it through without either being in an accident or getting caught by the police? It might not seem like gambling because there’s no money involved, but it very much is. Most of us will ‘gamble’ a little during our every day lives over one thing or another.

Does the fact that gambling in a casino or with a bookmaker involves money mean that it should be treated differently to the natural gambling that we do from day to day? Perhaps more importantly, should someone else dictate how you choose to spend your money? Gambling is, in essence, nothing more than risk taking with money involved and you can’t stop people from taking risks in their lives, so why should gambling be any different?

It is, of course, something of a philosophical question that isn’t necessarily easy to answer. Things will differ even within a country depending on which political party is ruling from one year to the next. Ultimately how you feel about gambling will likely tie-in to how you feel about topics such as religious freedom, abortion or the rights of LGBTQ+ people. To put it another way, how liberal are you in different areas of your life and does that tie-in with your attitude towards gambling?

Or Is It A Luxury? 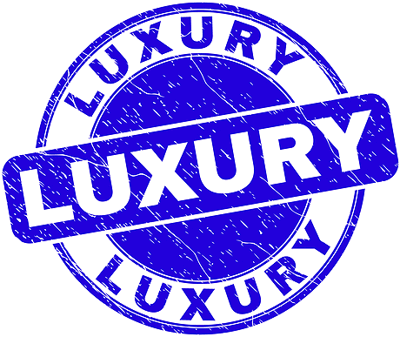 The counterpoint to the idea of gambling being a liberty is the notion that it is a luxury. The difference between the two things is that one of them means that everyone is entitled to decide what to do with their lives whilst the other is that there are certain fundamental rights and the rest are things that you shouldn’t take for granted. The ability to move freely around a country might be seen as a liberty, but the right to move between countries is a luxury, for example.

When it comes to gambling, it’s easy to see why someone might consider it to be a luxury. After all, it essentially involves using money to try to win more money and therefore you need to be able to afford to lose the money in the first place. If you’re betting with money that you can’t readily afford to lose then you’re arguably not thinking sensibly and therefore someone else should make the decision about whether you can do it or not for you.

Your attitude about how people should be allowed to treat their own money or property will perhaps inform whether you think gambling is indeed a luxury. If someone loses all of their wages in the bookmaker and then takes out a loan against their home before losing that too, is that their own problem? Or should a larger power be able to step in at some point and take control of the situation? After all, someone ending up penniless and homeless will then need state aid.

If a gambling company notices through your account activity that you seem to be betting in an unhealthy manner, should they step in and do something? If you think they should then, really, you think that betting is a luxury that should only be granted to those that are able to be involved with it in a responsible manner. The reality is that betting is a luxury, but that doesn’t mean that it’s one that should only be available to certain people.

Why Some Countries Are Against Gambling 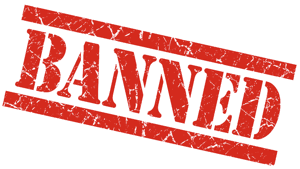 There are numerous different reasons why a country might decide that gambling isn’t something that they want the people living in the country to be involved in. One of the most obvious is religious objections, with many Muslim countries around the world banning it as an activity on religious grounds for similar reasons to why the ban the drinking of alcohol or the taking of drugs. What religion a country is may well dictate its attitude to gambling.

Cultural attitudes are also important. Countries that have generally been quite liberal with their citizens are far more likely to approve of, or at the very least allow, gambling. Meanwhile, those nation states that are much more strict about what their citizens can and can’t do, such as North Korea, are likely to have less of an approving attitude towards gambling. Those countries obviously believe that gambling is, therefore, a luxury. 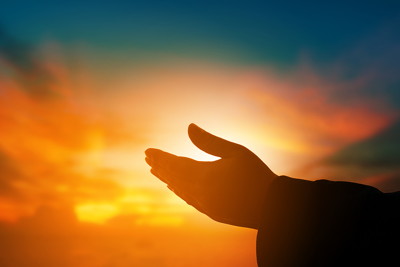 Those people that belong to a faith that disapproves of gambling but who still partake are far less likely to develop gambling problems than those who don’t belong to such a faith. It’s interesting that Gamblers Anonymous uses a 12-step program that is based on spirituality and faith. Equally, religion by its very nature requires a belief in something unprovable; a faith that something exists despite no physical evidence to back that faith up.

Gambling is, in many ways, an act of faith. Whilst there are plenty of gamblers that are analytical in their approach and will only trust the numbers, there are countless people who will have a flutter because they feel ‘lucky’ or believe that it is their ‘day’. Much like with religious beliefs, that kind of thinking is difficult to disprove and therefore is likely to lead to problem gambling, with those involved throwing good many after bad as their chase their ‘belief’.

When it comes to Islam as an example of a religion that disapproves of gambling, the notion is based in the Quran. Gambling is regularly condemned in the religious text alongside alcohol, with many Muslims believing both to be a social disease. Muslims are encouraged to take part in competition and sport, but forbidden to be involved in betting or games of chance. That is a big part of the reason why most Muslim countries have a ban on gambling. 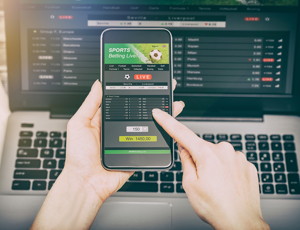 Other countries may not have a particularly strong religious belief, but will still be wary of allowing gambling to take place for cultural reasons. Consumerism is seen by many as being tied to gambling, given that the desire to attain things means that money is important. Once gambling becomes normalised as a way of winning money, the people living in such a county will gamble more often and over time the society’s attitudes towards the pastime change.

Even the ethnicity of a country can have an impact on how gambling is considered. If a culture views gambling as shameful then those within the culture will either not partake in gambling or else will hide their association with it. Research suggests that immigrant populations are more likely to suffer from high levels of gambling problems, arguably because of their desire to become rich and the newly available commercial gambling venues.

When Gambling Becomes A Problem 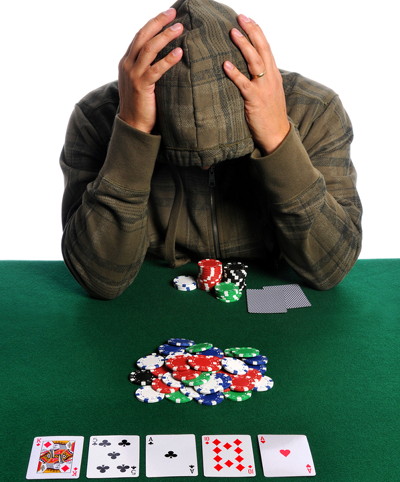 Most people consider gambling to be a liberty that people are entitled to indulge in, but that help must be offered to those that have a problem with it as an activity. Gambling becomes a problem when those involved begin to spend more money than they can afford to lose, perhaps lying to family members and friends as a result. Spending a lot of free time thinking about gambling or being engaged in it as an activity is also an unhealthy state to be in.

For the vast majority of people, gambling starts off as a fun activity that slowly but surely develops to become a problem. Gambling addictions don’t happen overnight and not everyone will have the same reaction to gambling. It’s why some countries are more keen to treat it as a liberty and remove access to it than other countries. We know that the children of addicts are more likely to become addicts themselves, so should they then lose that liberty to make their own decision? 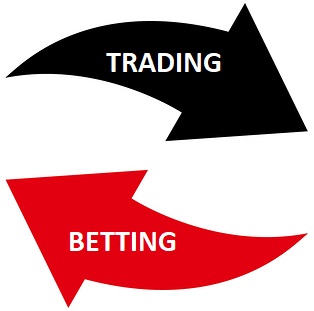 Even in countries where gambling is banned, trading is often allowed. This is difficult for pro-gambling advocates to understand, given the natural similarities between gambling as an activity and day trading as a career. Trading on the stock market certainly seems a lot like gambling to those that don’t understand it in much depth. It certainly doesn’t help the muddied waters that even plenty of traders believe they’re essentially gamblers wearing suits.

Of course, there are also a score of traders that do no such thing, trusting the numbers and using mathematics to essentially guarantee themselves a profit. If their expected trades have an expected value that is positive then they will always win in the long-run. That, in essence, is the key difference between gamblers and traders. We know that the ‘House always wins’, so in the long run a gamblers expected value can only be negative.

Gambling is often defined as staking money on a contingency. Trading is much more complex than that, being far more dynamic if done properly. The difference depends on the trader, however, so if the person involved is inclined to take risks then they’re always likely to be more gambler than trader. The best traders will trade a system, sticking to it religiously and refusing to be budged from following the numbers to follow their own instincts of ‘feelings’.

Trading is also a tool of economic growth in a world based around free markets.  This is perhaps why countries that ban gambling are highly active in the worlds markets as without participation they cannot grow to the same degree as other countries.

Is gambling a liberty or a luxury? The actual answer is that it will depend on a number of factors in each individual case, including religious and cultural attitudes towards it. How you feel about gambling will tie in to a whole host of things, including how you were brought up.

It will also almost certainly differ from how someone else feels about it, meaning that there really isn’t a right or wrong answer to the question.