What Are The Oldest Sports Tournaments And Events?

Sports fans today are blessed to have access to so many events, tournaments, games and so in the industry. New sports are also thought up at regular enough intervals, bringing more and more options into the fold. But we’re curious about those that exist as the oldest sports tournaments. What are they and do they still run today? If not, why did they stop taking place? Sometimes, people say that “the old ones are the best”, and if they’re still running to this day, then that could be quite likely.

Of course, it will already be clear that some of the oldest tournaments in action will be for sports like horse racing. These sports have been running for many centuries already, so it is only natural that they make up part of this collection. 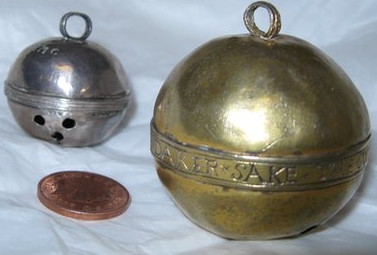 The Carlisle Bell is a British flat horse race that was first contested back in 1599, and it still takes place to this day. Its name comes from the bells that were awarded to the winners of the race during the reign of Queen Elizabeth I, and not only that, but the bells are reported to be the oldest horse racing prizes in Britain. Today, they are held at the Carlisle Guildhall Museum, with one sized at 2 ½ inches in diameter and inscribed with the words “The sweftes horse thes bel to tak for mi lade Daker sake”. The translation of that is “The swiftest horse this bell to take for my lady Dacre’s sake”, and the bell itself was donated by Lady Dacre in 1559. The second of them is slightly smaller and has the inscription “1599 H.B.M.C”, believed to stand for Henry Baines, Mayor of Carlisle.

Those two bells were thought to have been lost for many years, but were actually rediscovered in a box, which had been placed in the town clerk’s office in the late 19th century.

The event occurs at Carlisle Racecourse, and it goes over a distance of 7 furlongs (1,566 metres). It is run every year in June, taking place at the same time as another historic race in the Cumberland Plate. 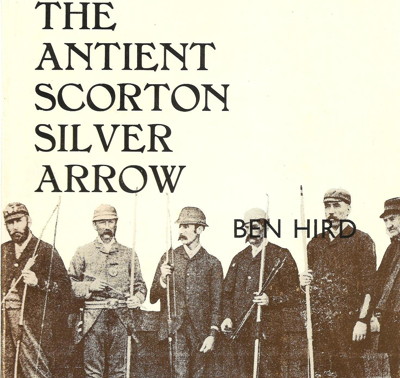 Archery isn’t a sport that many people instantly think of when considering the industry, but it has actually been around for a lot longer than many others. The Antient Scorton Silver Arrow archery tournament was first contested in May of 1673 in the village of Scorton in Yorkshire, England. A total of 22 archers competed in it, trying to secure the prize of a silver arrow. Henry Calverley of Eryholme on Tees was the winner of that contest, and he was also the man responsible for providing the trophy in the first place. Thanks to the success of this tournament, the Society of Archers was also founded so as to hold it on an annual basis.

Participants shoot at targets that are placed at a range of 100 yards away, with the face of such being a standard four foot five-colour one. A three-inch black spot is located at its centre, and the winner of the tournament is the first person to hit the black spot. That person is then appointed as the Captain of the Arrow while the first person to hit the red zone is the Lieutenant of the Arrow.

While the silver arrow trophy from 1673 was initially presented to winners each year, a replica of it is utilised today, which that player keeps for the year. The original silver arrow can be found in the Royal Armouries Museum of Leeds.

The contest is open to men of age 21 and above and hand bows must be used, rather than compound bows. There was a similar event for women to enter set up in 1976, known as the Ascham Silver Arrow. The Scorton Arrow event has been held at many different locations around Yorkshire, with the winner of the previous year’s tournament being responsible for organisation of the upcoming one. 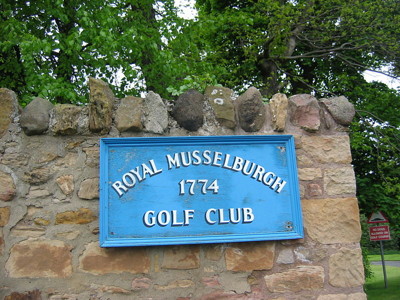 Leave it to the golfing world to also claim to be providing the oldest trophy still competed for in the industry. Yet it may well be right. Considering the Carlisle Bell and Silver Arrow prizes are no longer handed out or utilise replicas, this is not the case with the Old Club Cup. The original incarnation of it, first being brought to light in 1774, is still played for today by participants. And just because the winners who have claimed the cup throughout the years only go back to 1774 doesn’t mean it wasn’t active prior to that time, either.

The cup itself was presented to the Royal Musselburgh Golf Club, located in East Lothian, Scotland, by Mr Thomas McMillan. He won it in 1774 and went on to become captain of the club itself. Yet even before that time, records suggest that a local golf club was founded in 1760, featuring gentlemen of the town and local vicinity. The second winner of the cup was Reverend Leslie Moodie, who was the Minister of Inveresk.

The course at Musselburgh hosted the tournament for the cup for 150 years, but things became too crowded. Therefore, it was relocated to Prestongrange House at Prestonpans. The grounds there are still leased out for this competition, allowing golfers to try their hand at securing the Old Club Cup themselves. 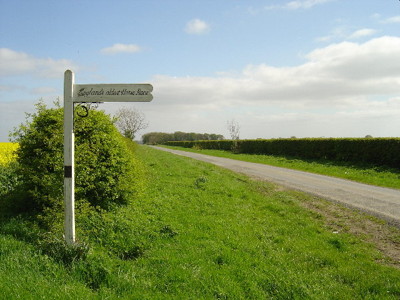 The horse racing scene is filled with events that could claim to be the very oldest tournaments. After all, horse racing is one of the most popular, traditional forms of entertainment. The Kiplingcotes Derby, which is run at Kiplingcotes in the East Riding of Yorkshire, claims to be the oldest annual event in the English sporting calendar. Reports suggest that it began in 1519, and it occurs on the third Thursday in March (which usually means that it is contested in somewhat adverse weather conditions). In fact, the 500th race occurred just recently, in March of 2019.

The issue with its reported start date is that there are no official records of it beginning in 1519. There is also a strange rule in place, coming from ancient times, which dictates that the rider who finishes in second position frequently garners more prize money than the rider who wins the race. The Kiplingcotes Derby is not run over a racecourse as we know it today, but instead it occurs partly along the wide verge of a roadside. A clerk is paid each year to maintain that portion of the course.

Additional parts of the course include four miles of difficult farm track and field for the horses to cross, and riders need to weigh 10 stone. Horses of any age are able to be ridden in the event, and anyone wishing to enter it need gather by the starting post at 11am on the morning of the Derby. The winner receives a sum of £50, while the runner-up is handed over the remainder of the total of the entry fees paid by all runners.

In another bizarre rule, it is stated that if the race does not take place for one year, then it should never be run ever again. The race threatened to be ruined in the harsh winter period of 1947, because nobody was daring enough to take part in it. Instead, one local farmer chose to lead a lone horse around the Kiplingcotes Derby course, ensuring that it would survive and continue on. A single horse and rider once again went round the course in 2001 during the UK foot and mouth epidemic.

Even the threat of COVID-19 in 2020 wasn’t enough to stop the race from taking place. While it was officially cancelled from being partaken in by masses of riders, two people and their horses (known as Ferkin and Harry) chose to go around the course to preserve it in accordance with the rules. 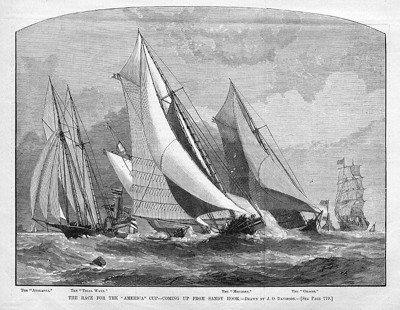 Sailing is another sport that isn’t so often thought of as being particularly noticeable in the industry, but the America’s Cup (also informally known as the Auld Mug) is a trophy that is competed for in this realm. Again, it is claimed to be the oldest international competition still operating in any sport, and the cup itself is made out of sterling silver, coming in the shape of a bottomless ewer.

It was created in 1848, and Henry William Paget, 1st Marquess of Anglesey bought one of them and donated it to the Royal Yacht Squadron in 1851 for the Annual Regatta. This took place around the Isle of Wight, and it was originally known as the R.Y.S £100 Cup. It ended up being mistakeny engraved with the words “100 Guinea Cup” by the America syndicate, but it was also referred to by the name of the Queen’s Cup. The 1851 winning yacht (America) was the reason that it was renamed to its current title of America’s Cup.

Today, the world’s top sailors and yacht designers, as well as wealthy entrepreneurs and sponsors gravitate to the America’s Cup. It tests participants’ skills in sailing, boating and sail design. Competing for the cup is highly expensive though, with modern teams generally spending around $100 million each. In fact, the winner of the 2013 event was estimated to have spent around $300 million on the competition.

The cup is currently held by the Royal New Zealand Yacht Squadron, who went on to successfully defend it in the 36th America’s Cup in March 2021 with an AC75 foiling monohull entitled Te Rehutai. The next event is to be held between the current champions and the British Royal Yacht Squadron at a date yet to be decided. 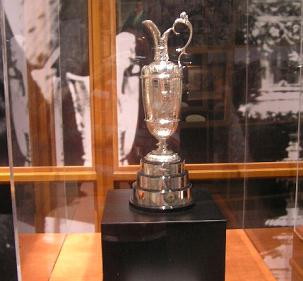 We’re returning to the world of golf once again, with the Open Championship (also going by the name of the British Open), which is one of the four major championships in the sport. The Golf Champion Trophy, which is also known as the Claret Jug, is presented to the winner each year, and this dates back to 1872. A new trophy was actually needed at this point because Young Tom Morris won the original Challenge Belt in 1870 after winning the Championship in three consecutive years.

Morris won a fourth event in 1872, although the trophy was not ready in time to be presented to him. His name was the very first to be engraved on it though, and he was presented with a medal initially. All subsequent winners of the British Open have received the same. Yet in 1873, Tom Kidd became the very first winner of the tournament to receive the Claret Jug upon doing so.

The original trophy has been on display at the clubhouse of the Royal and Ancient Golf Club of St Andrews since 1928. It is also the case that the original Challenge Belt is displayed there, having been donated to the club in 1908 by the Morris family. The current Claret Jug was first introduced in 1928, being awarded to Walter Hagen for winning that year. Rules dictate that the winner needs to return to the trophy prior to the following year’s Open, and a replica is provided for them to keep at that point.

Each year, the winner’s name is engraved on the Claret Jug before it is presented to him. The British Open tournament itself was founded in 1860, dating back slightly further than the Claret Jug, and it remains operational to this day. The current champion is Collin Morikawa, who went on to win the 149th Open with a score of 265 in 2021. This served as the American player’s second major title.