The Life Of An eSports Professional 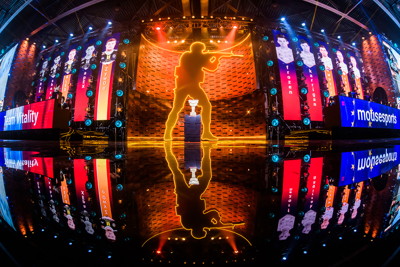 No sport in recent time has both changed the landscape of what it is to be a sports person and also given geeky game-obsessed teenagers all around the world a sense of hope quite like eSports. Whilst they have been around for some time, it's only in recent years that eSports have begun to be taken seriously both by spectators and by bookmakers offering odds on eSport events that take place all around the world.

Yet how many of you know what its takes to be a professional eSports star? It's easy to assume that it's just a matter of playing a computer game in your spare time, but that's massively dismissive of people who. Have made a career out of playing these games. They can earn seven-figure salaries and need to treat their profession just as seriously as footballers, golfers or other big sports stars. They're treated in the same way as the biggest stars in those professions, too. Here's a look at the life of an eSports professional.

You Can Study eSports At Some Colleges 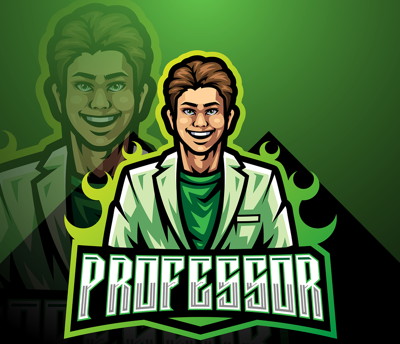 Many of the biggest eSports stars have got into the profession by playing the various games for such long periods of time that they've gotten really good at them and often been invited to join one of the top teams. That's no longer the only route into the world of eSports, with the Association of Collegiate eSports recognising in 2016 that competitive gaming programs were being offered by over sixty colleges across the United States of America.

That meant that playing computer games was no longer just something that students did in their spare time but could instead start to do it as a route into the professional world. Some of the biggest eSports games began to recognise this, with players offered minimum salaries from the likes of League of Legends and Overwatch teams. It's fair to say that eSports are big business. That is reflected in the fact that Robert Morris University began offering eSports players scholarships in 2014, which was previously something that was reserved for the likes of baseball and basketball players.

When You Turn Pro, Things Get Serious 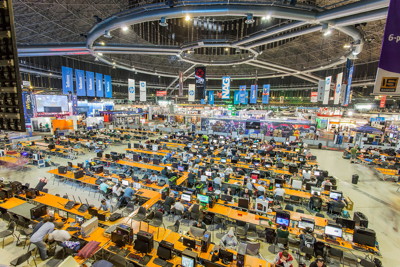 Most people begin playing games as an escape and they keep playing them because they enjoy it. Those that have a particular affinity with certain games might consider turning professional if they know that it's an option available to them, but they might not realise just how much work is involved in doing so. There are stats that show that only 0.1% of the people who play games can make it as professionals, so it's as competitive an industry to get into as any major sport you might wish to mention.

In 2016 the World Halo Championship had a prize pool of $2.5 million to offer the victors. For that reason, Ryan Towey and the Halo team that he was a part of locked themselves away in a townhouse so that they could play the game virtually every waking hour. Part of the Evil Geniuses team, they engaged in a training ritual that was described as 'a grind', playing Halo 12 hours a day until every move on the game became second nature. They continued to do this for a month, not taking a day off during that time. That may have been back in 2016, but things haven't got any less gruelling since then.

The top players will only play the game that they're experts in so as to avoid the chance of allowing their skills to slip. Teams will often have meetings at ten in the morning, practice all day and head to bed around midnight. If they part of a team that is supported by one of the big companies then they'll also have people around them to ensure that they're in tip-top shape. That includes the likes of nutritionists and professional chefs to create meals for them and masseurs to help their bodies to unwind.

Team Liquid, which is one of the most successful teams around, has an apartment complex in California where their players live. Players are assigned a budget in order to decorate their rooms, with plans offered that are more akin to the sort of things that top lawyers might expect. In America they're given dental, health and vision plans as long as they're with the team. It's entirely fair to say that the top players of the most lucrative games are treated as assets in line with the very best stars in more traditional sports. 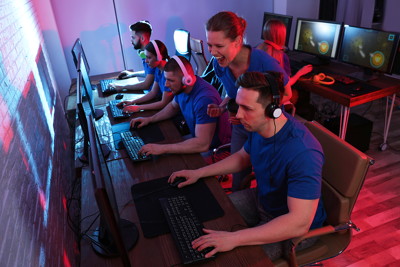 If you're wondering why the teams take things so seriously then the answer is one that is unlikely to shock you. The world of eSports might be a new one but the driving force behind it is as old as time: money. eSport tournaments have been responsible for awarding over $500 million dollars since 1998. It's little wonder that talented players have a desire to earn themselves a piece of that and they know that if they don't practice hard enough then someone else will and they'll take the money instead.

On top of that, the very best players are able to earn money through sponsorships in much the same way that the top golfers or tennis players might. Major companies are always looking for ways to break into a new audience and eSports give them the chance to exactly that. When you combine money available through sponsorship with the sort of prize pools that have been on offer for the biggest tournaments, it's not hard to see why dedication is a necessary quality of the top eSports athletes.

It's An Incredibly Competitive World 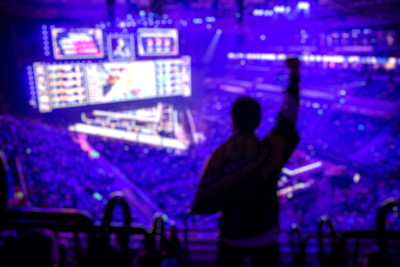 The money might well be the driving force and the thing that keeps certain personalities focussed on what they need to do to make it, but for those that might not be interested in money then it's possible that competitiveness might be enough to drive them on. Vice has suggested that there are as many people living in France as there are playing League Of Legends, and whilst some of them may not be that good that's certainly a ridiculous field to be going up against. With salaries of up to £320,000 per year up for grabs, it's not exactly shocking that people might want to be the best of the best.

The way that people are discovered isn't necessarily the same as in other sports, either. That adds an edge to the competitiveness of it because you can't be sure how you'll make the move to being a top eSports star. Zach Scuderi is a good example of how players can move up the ladder in various games. He befriending someone else around the same ability as him and the pair of them did well in smaller competitions. This eventually led to them being spotted by someone working for the most successful eSports team in the world, Cloud9. That little bit of luck is necessary to make it to the top, such is the competitiveness in play.

You Don't Have To Win Tournaments To Make Money 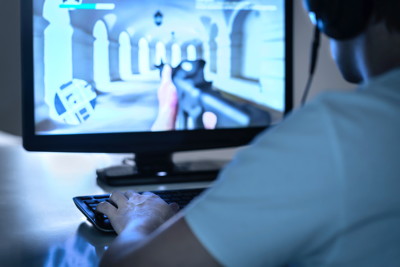 Whilst tournament play is where the serious money is, it's not the only way of making a penny or two. After all, tournament winners are limited by the numbers of tournament in play at any one time. When Ryan Visbeck earned a reputation as one of the best StarCraft II players in the business, he decided not to join a team and instead worked as a freelancer.

He began to stream his games as he was playing them, taking fan donations from his South Korean home. Even though he's Californian by birth, Visbeck realised that South Korea was the eSports capital of the world and that he could earn a good living there teaching others how to play games he was good at.

Visbeck is a good example of the eSports lovers who think outside the box. With millions of people being willing to watch other people play games online, it's a world in which the most talented are able to sell their abilities in ways that people in a 'traditional' life could never understand. Services like YouTube and Twitch give gamers the opportunity to watch others play, learning from them and even paying for private tutorials to improve.

The Industry Is Growing All The Time 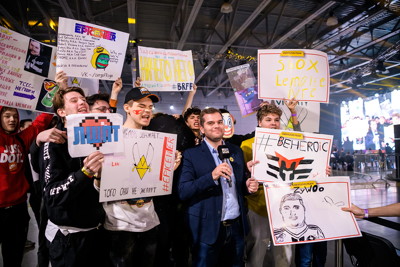 One of the most fascinating things about eSports is the fact that the industry is growing all the time. Professional football clubs have seen the benefit of having links with eSports, as demonstrated by both Manchester City and Paris Saint-Germain, two of the richest clubs in the world, giving the best FIFA players a wage in order to retain their services just as they do with the best players. With around four hundred million people keen to tune in and watch eSports events, it's no surprise that businesses are looking to use them as a way of getting their messages out.

From 2012 to 2017 the industry of eSports saw a growth from one being worth £100 million to one being worth in excess of £365 million. This is aided by the fact that an entire cottage industry has sprung up around eSports. The major tournaments are accompanied by businesses looking to sell their latest wares to the attendees. From various technologies that can help them develop their game through to new game developers wanting to show off what they've created, it's big business. Given that more than 46 million people tuned in to watch the eSports equivalent of the Olympics in 2017 it's not hard to see why.

At the time of writing, over two-thirds of National Basketball Association teams in America have created eSport teams to match their real ones. The success of the game NBA 2K allowed this. Towards the end of 2018 the Pittsburgh Steelers announced that they'd team up with the eSports team the Pittsburgh Knights. The owners of the New England Patriots and the Los Angeles Rams, Robert Kraft and Stan Kroenke, have an investment in eSports that means that they want to see it succeed. As is so often the case, if you want to know how something is going to develop then the key thing to do is to follow the money and the money appears to be pointing towards eSports growing, growing and growing.

The more that it grows, of course, the more opportunities there are going to be for people to get involved in it as an industry. Professional chefs, masseurs and even psychologists are currently employed to work for eSports teams in the same way that the might work with athletes, footballers or tennis players, with the only difference being the average age of the professionals they're catering too. Most eSport players are teenagers, essentially 'retiring' from the business by the time that they're in their late twenties. They're mostly retiring as millionaires, so what will come next for them? That's the key question.