William Hill: The Man Who Founded The Famous Bookie 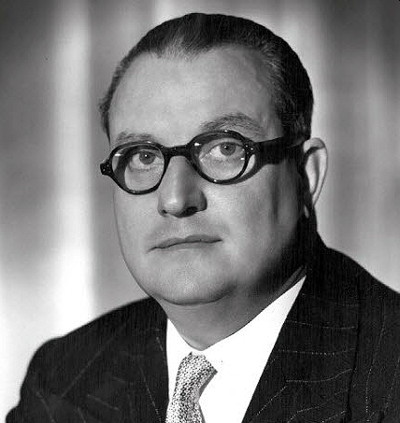 When it comes to the names of people associated with bookmaking, few are as universally well-known as that of William Hill. Having been taking bets since the 1920s, some officially and some very much not, Hill decided to create a betting company in 1934, which he then chose to name after himself. In the years that followed, the company grew exponentially, to the point that it now has locations in the likes of Colombia, Latvia and the United State of America. William Hill himself was born in 1903 and died in 1971, so he wasn’t much to do with the modern expansion, but his name very much is.

Born in Birmingham, Hill initially worked on his uncle’s farm after leaving school when he was aged 12. He began taking illegal bets whilst working in a factory in the city and when legal betting shops were first established in 1962, he referred to them as a ‘cancer on society’ before opening his our four years later. Perhaps unsurprisingly for someone so entrenched in the world of sports betting, he became interested in breeding horses and a filly of his won the St Leger Stakes in 1959. He retired in 1970 and died within the year. 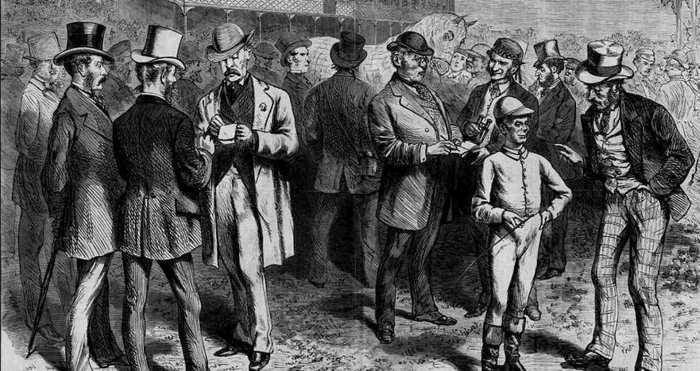 William Hill was the second child of a family that would go on to feature 13 children and was born on the 16th of July in 1903. He went to Oldknow Road School in Birmingham, the city of his birth, but only lasted there until he was 12-years-old. At that point, he left school in order to start work on his uncle’s farm. In the years that followed, he also worked at BSA Works in the city, before leaving at the age of 16 in order to join the Black & Tans, lying about his age in order to become part of the Irish War of Independence.

He had been introduced to the world of betting whilst working for BSA Works, but his real knowledge of bookmaking was developed in Ireland. Stationed in Mallow, County Cork, he spent time away from his duties taking bets from Moss Foley’s public house. When he returned to England he continued to operate a bookmaking business, albeit on a smaller scale than the one that he’d been involved in in Ireland. This operation was, of course, illegal, with only on-course bookmakers allowed to operate a legal business at the time.

The Company Is Founded

In 1925 William Hill finally turned his operation legal, opening up a legal bookmakers on the tracks of Birmingham. He was unable to lay all of the bets that he took, meaning that he soon lost all of the capital that he’d gained in his smaller operations before then. In 1929, Hill made the decision to move to London and began taking bets on greyhound racing, which was gaining in popularity at the time. This allowed him to re-build his capital, which he invested by becoming a part-owner of Northolt Park Racetrack; a venue that would later become famous for hosting pony racing.

In 1934, Hill opened an off-track betting shop in London’s Park Lane. Though such businesses were technically illegal at the time, he managed to evade falling foul of the law by taking advantage of a loop hole that said that punters could place bets if they did so using ‘credit only’. Bettors would provide cheques in advance, which were only cashed after the event that they’d placed wagers on had taken place. This meant that the entire process was legal, up to the point that Hill would have recourse in the event that a cheque bounced when he tried to cash it.

Though gambling debts themselves weren’t enforceable by law at the time, Hill earned a reputation for being trustworthy by ensuring that he paid people what they were owed. By the 1960s, this meant that his business had grown to offer its services to hundreds of thousands of people, all of whom were happy to give them his custom because they knew that he, unlike some other bookies, wouldn’t stiff them on any payouts that they were owed. Though he legally didn’t have to pay them, he made sure his customers were always happy. 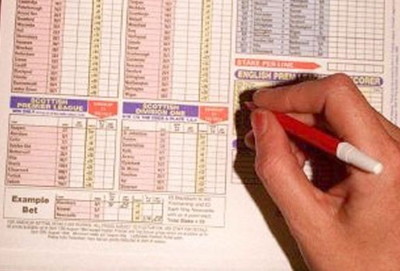 William Hill’s business would likely always have been a successful enterprise, largely thanks to the bookmaker’s excellent reputation, but things really began to take off for him in 1944 when he became the first bookie that offered fixed-odds options on football betting. This is an invention that is often credited to Ladbrokes, largely because they were the first licensed betting shop to offer such a thing. What the history books don’t show, though, is the fact that Hill had been offering them in an unlicensed fashion for years before Ladbrokes did.

If any proof of this were needed then it can be found in the fact that Hill sued Ladbrokes for copying his coupon in the 1960s. He was successful in his move to sue the company but, rather than taking them for large amounts of money, he asked the House of Lords for £1 plus any costs he’d incurred. The move to create fixed-odds betting on football allowed him to take his bookmaking to the next level, having already become the first self-made millionaire thanks to betting by the end of the 1930s. It seemed like there was no stopping him.

An Eye For The Horses As His Company Develops 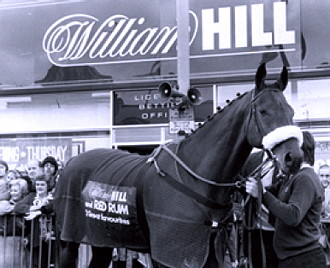 As the 1940s got underway, William Hill was working to become a horse breeder in his spare time. In 1943 he purchased a stud at Hampshire’s Whitsbury, which went on to win the 2,000 Guineas and the Derby in 1949. In the meantime, he also bought Sezincote in Gloucestershire, who went on to enjoy success in the Derby in 1953. Success arrived for Be Careful in 1958 thanks to success in the the Champagne Stakes, but perhaps his biggest win came in 1959 when Cantelo won the St Leger and the Gimcrack Stakes.

Though his pursuit of horse breeding was a passion, Hill never lost site of the importance of developing his business. In 1954 he moved his bookmaking business to a shell company that bore the title Holder’s Investment Trust. He did this in order to secure a position as a publicly listed company on the London Stock Exchange, become the first bookmaker to do so. In the seven years that followed, he sold some of his shares for more than £5 million, which was obviously a huge amount of money at the time.

In spite of this, William Hill was never all about the money. He would often use his wealth to help others, doing things such as sponsoring youth cricket leagues. As a socialist, he was actually generally against betting and spoke out against the legalisation of high street bookmakers in 1961, calling them a ‘cancer on society’. He always felt that gambling should be a pastime for those that could afford to lose the money they were betting with, believing that the betting shops opening on the high street would prey on the working man.

Adapting & Leaving The Business To Grow 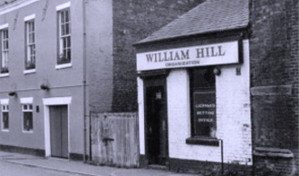 Ultimately, the proliferation of betting shops on the high streets of the United Kingdom became so wide-spread that traditional bookmakers such as William Hill had to adapt. So it was that he decided to open a shop of his own in 1966, joining the forces of those that he had decried for so long. Of course, he was a businessman at heart, irrespective of his feelings about the rights and wrongs of opening betting shops, so once he’d entered the arena he did his best to make as much of a success of it as was possible.

The result of this was that he opened more and more shops, all whilst beginning to think about his own retirement. The decision to step away from the company came in 1970, leaving others to grow it and develop it as they saw fit. It was a decision that left him with nothing to concentrate on, having been working as a bookmaker for 50 years. Whether that contributed to his death or not is something that we can only speculate about, but he died on the 16th of October 1971, having witnessed his daughter die nearly ten years earlier. 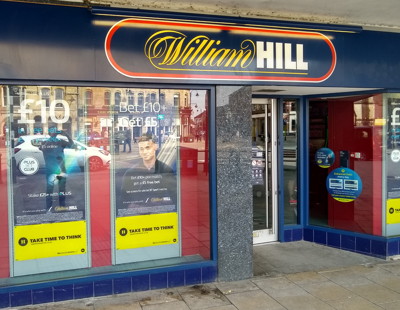 In the years after his death, William Hill as a business grew and grew. It was taken over by Sears Plc, which was a conglomerate in the shoe business in the UK. By 1988, there were around 1,800 William Hill betting shops in operation, which led to a decision from Brent Walker to buy it a year later. As betting shops became more acceptable on the British high street, William Hill grew even more and by 2002 it was such an impressive empire that it was floated on the London Stock Exchange for £1 billion. Not bad for a company created by a socialist from a strict Roman Catholic family.

William Hill has now been broken up since Caesars bought the brand for around £3 billion in 2020.  They only bought it for the online division and proprietary platforms and so sold back the UK and European arm (including UK shops) to 888 in 2021 for £2.2 billion a year later in 2021.  What that means for the future of WH is unknown and quite how the founder would have reacted is also a guess.  The name will likely stay given it is so famous but ultimately the business is now a long way away from what William created a century ago.