How Big Is The Illegal Lottery Problem? 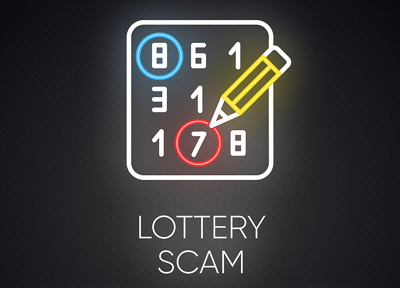 In the United Kingdom, it feels as though a new lottery is springing up every five minutes. From the Health Lottery to the Postcode Lottery, it isn’t just the National Lottery that corners the market in seeing people win money thanks to random draws any more. The problem is that this proliferation of lotteries has led to some less than reliable ones springing up, with those nefarious people that run them using social media as a way of tricking people into taking part in illegal lotteries that could be shut down at any moment.

From children’s clothing and toys through to cash prizes, such illegal lotteries offer all sorts of different prizes that the ‘winners’ may never actually receive. Those that run them tend to target the most vulnerable and those that are too often caught in a cycle of betting a lot of money that they don’t necessarily have. It is a big issue for the Gambling Commission, whose job is to ensure that only regulated betting takes place within the shores of the UK. The question is, just how big a problem is it and what, exactly, constitutes an illegal lottery.

What Is An Illegal Lottery? 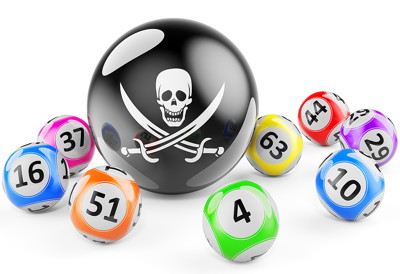 The first place to start is also the most obvious: working out the definition of what an illegal lottery is. The chances are high that you’ll have seen one advertised at some point or another, which is especially true if you tend to use social media on a fairly regular basis. That is because the likes of Facebook tend to be the medium on which such illegal lotteries are offered. According to the Gambling Act of 2005, a lottery is defined as ‘a game of chance where the player pays to enter for a prize’. This includes raffles and tombolas.

The important point is that they cannot be run for private or commercial gain, with most only being allowed to be run for a good cause. Whether it be an air-ambulance, a hospice, a charity or a sports club, there needs to be some element of a good cause involved in the receipt of profits gained by a lottery. Crucially, in order to be considered a legal lottery, the correct licence or legal permission needs to be gained, which is the case even on the occasions when the lottery is being run to raise money for some form of good cause.

How To Make A Lottery Lawful 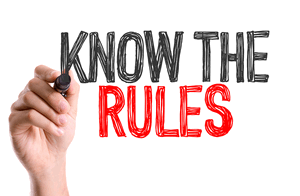 Knowing why something is illegal is one thing, but knowing how to make it legal is something else entirely. If you were to look into running a lottery that you wanted to sell tickets for, whether it be in the form of a raffle, a tombola or a more traditional lottery, the first thing that you’ll need to do is to find out what sort of licence you need. If the ticket sales are going to amount to more than £20,000 a month, or £250,000 over the course of a year, you’ll need to get a licence from the United Kingdom Gambling Commission.

If, on the other hand, you expect to take in less money than that then you can apply to your local authority for the right to host your lottery. Given the fact that it is a criminal offence to run a lottery illegally, which could see you face prosecution, you might have to consider other forms of fundraising in order to stay on the right side of the law. All money that is paid by the people entering the lottery needs to be returned to them if it turns out that you’ve been running it illegally, which is something that you need to bear in mind.

Not all competitions that offer prizes will turn out to be illegal lotteries. Free draws and competitions that offer prizes can be run for commercial gain as well as private gain, so can be promoted when offering a raffle for a high value item like a car, say. If you want to offer a draw that has both a free entry and a paid one, you need to make sure that people can take part without paying and it can’t be any more expensive or less convenient than the paid entry method. This is why you will often see the option to enter via the post on some competitions.

What To Look For Before Taking Part In An Online Lottery 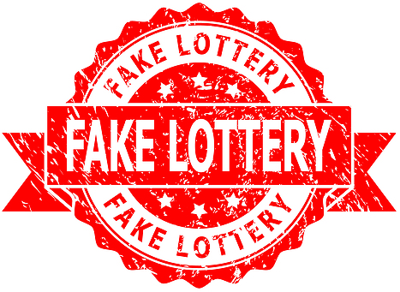 There are some things that you can look out for before moving to take part in an online lottery. For starters, you’ll want to check whether or not the company or person offering the lottery is licensed by the Gambling Commission or have registered what they’re doing with a local authority. The UKGC has a public registry where you can search for such information. You can also contact the charity or good cause that the lottery claims to be raising funds for to ask if they known anything about, given they should have been contacted.

If you’ve been contacted by email about the lottery in question, check to see whether it is from a personal email address. If so, that is an indication that something isn’t right, given that such contact should always come from a business address. Equally, pages that have been verified as being genuine by Facebook, if it is on Facebook where you have seen it, will boast a blue tick to confirm its authenticity. There is also how the payment to enter the lottery is being requested. A personal PayPal or personal bank account is likely to indicate that it is fraudulent.

Another tell-tale sign of an illegal lottery is a phrase such as ‘This will change your life’. Advertising codes prevent such phrases from being used, so if you see that kind of thing then alarm bells should start ringing. Any lottery requesting that you phone an overseas number or a premium rate number or that asks you to send money overseas will almost certainly be an illegal operation. If you find yourself in a position where you think a lottery being offered online might be illegal, the best thing to do is to contact that Gambling Commission.

The UKGC Shut Down Illegal Lotteries

To give you an indication of how seriously the Gambling Commission takes the issue of illegal lotteries, you need only look to a news report that the body released on the second of February 2022. In it, the organisation talks about an investigation that it led alongside UK law enforcement partners into illegal lotteries that were being operated on Facebook. Working with the Government Agency Intelligence Network, as well as specialists from the social media network, the Commission was able to focus in on illegal operations.

They offered a variety of prizes, including cash, clothing and children’s toys, with two individuals being identified as the ones responsible for the illegal offerings. They were removed from Facebook groups as well as issued with cease and desist letters. These came from the South West Regional Organised Crime Unit and the North East Regional Special Operations, showing that the lotteries were widespread around the UK. There were, according to the UKGC, ‘hundreds of people’ taking part in them.

The necessity wasn’t to identify those that were taking part, of course, but rather the people running them. Helen Venn, the Executive Director of the Gambling Commission at the time, said,

“we are pleased that key individuals have been identified and this type of activity, which only increases the risk of gambling harm, has been disrupted.”

The GAIN Coordinator at the South West Regional Organised Crime Unit, pointed out that ‘the actual winners in illegal lotteries…are too often the people running them’, which sums up the issue.

The thoughts were echoed by Kevin Benson, the GAIN Coordinator for the North East Regional Special Operations Unit, said,

“It’s important to acknowledge the harm illegal gambling can cause, especially when unregulated lotteries like these benefit from targeting some of the most vulnerable people in our communities, especially those caught up in a cycle of addiction.”

As Venn went on to point out, most of the lotteries that operate illegal through social media platforms such as Facebook never give any of the money to charity, whilst the people taking part in them do not get any form of legal protection.

How Widespread Are Illegal Lotteries? 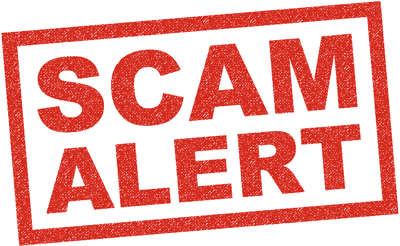 The big question, of course, is about just how widespread these types of illegal lotteries are. The answer, unfortunately, has a lot to do with how long a piece of string is. There are plenty of examples of people running these lotteries without realising that they’re illegal. There are more examples still of those that know full well that what they’re doing is against the law, but they want to make themselves some money and therefore don’t care very much. Regardless of the category that the lottery that you’ve found online falls into, it should be avoided.

The nature of social media is such that it is virtually impossible for the UKGC to stay on top of all illegal lotteries offered on platforms like Facebook. Even so, Venn made clear that the organisation will keep targeted them. Speaking on the issue, she said,

“Illegal lotteries, including those taking place through social media channels, will continue to be a focus for our enforcement work this year as we link up closely with platforms like Facebook to pinpoint not only the activity, but those behind it and those who are breaching gambling rules and social media standards.”

As long as there is the opportunity to make money, there will be people looking to take advantage of it. That they might not be able to do so legally is rarely of consideration for such types, who think that they’ll be able to ask for forgiveness rather than permission. In reality, the law is very much against them and such an excuse will not usually be accepted. As for the players, the fact that the lottery is illegal and the prizes were either never sent out to winners or else didn’t exist in the first place comes down to being a lesson learnt.

There is no recourse for people that have played an illegal lottery. As such, the responsibility for deciding on whether or not to take part in the competition lies with the player. The person or people offering the lottery usually knows full well that it is an illegal enterprise and that they never had any prizes to send out, they just want your money. Consequently, the best thing that you can do is to investigate whether it seems like it is legitimate or whether there is something dodgy looking about it before choosing to take part.

Typically speaking, you will usually come across such illegal lotteries online for the reasons outlined above. Though social media platforms like Facebook are an obvious place for the perpetrators to look to sell their wares, they can also try to get people to sign up by sending out phishing emails. All of the usual rules about such things apply, including never giving our your bank details and ensuring that you don’t tell the person emailing any passwords etc. They are usually just attempts to get money from you, so doing what you can to stop this from happening is key.

The final thing to remember is that there are rules and regulations that companies must follow when offering a lottery. A prize promotion becomes an illegal lottery if you’re asked to pay to participate, for example, and the company offering it doesn’t have a licence. If this is the case, you need to ensure that you avoid falling foul of the situation. If needs be, you can look at the rules and regulations around how such competitions are advertised, which can be found on the Advertising Standards Authority’s website and are pretty all-encompassing in terms of what is and what isn’t allowed.